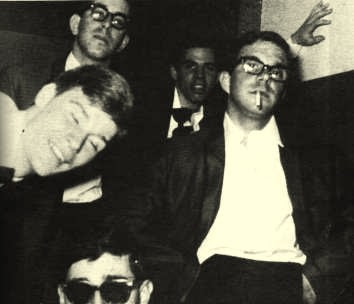 The group met whilst attending Temple University in Philadelphia and began singing together on street corners doing mostly soul covers and R&B.

They were present in The Complete Book Of Doo Wop with...

But they have a Soul sound.

Posted by Whitedoowopcollector at 2:53 AM