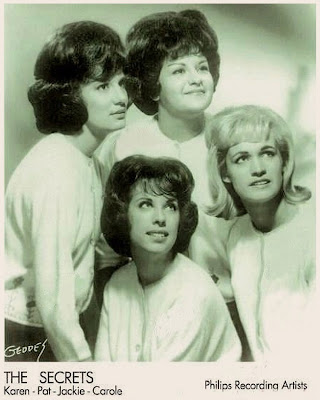 -The Boy Next Door/Learning To Forget .Phillips Records-1963. 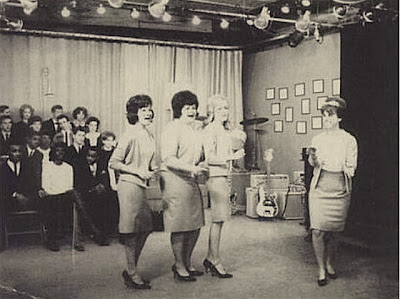 They don’t have a group name and in one of their first shows the pianist of the show named the group as The Sonnets(which was the brand name of the piano).The group singing in shows with another Shaw classmate named Tony King(of The Starfires,see in this blog),in one of these acts the group know to the Bocky Boo & The Visions manager Redda Robbins who signed manager of the group,Redda send the girls to an audittion with songwriters team Johnny Madara and David White who liked the group and signed a recording contract in Philadelphia. 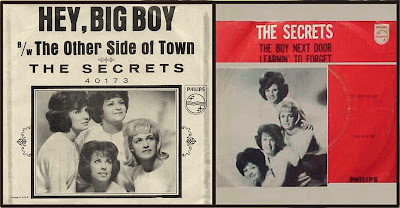 Johnny and White send the group to Mercury Records where in 1963 recorded in the subsidiary label Phillips Records the sides_The Boy Next Door/Learning To Forget. Under the name of THE SECRETS.

The A Side charted #18 in December of 1963. The group was invited to appear on America Bandstand the weekend of November 22nd,1963 which was cancelled due to John F. Kennedy assassination. 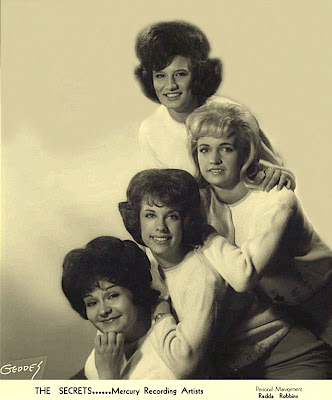 The Madara-White compositions_Hey Big Boy/The Other Side Of The Town. Were released in the early 1964 with the classic girl group sound of the time but without any success.

In June,1964 Phillips release_Here He Comes Now/Oh Donnie. The A Side was also recorded by The Pixies Three(see in this blog) in one Lp(this was another Madara-White-Mercury white girl group). 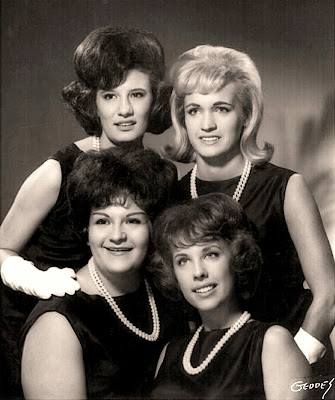 The group appear on the last American Bandstand show before the show moved from Philadelpia to California.

In late 1964 Phillips released_He Doesn’t Want You/He’s The Boy. But the music industry was changing an the record dead soon.

Jacki and Karen leave the group and Carole and Patty continue singing locally under the name of The Memories,finally the duo broke up in the end of 1965.