THE DEL(L) VIKINGS (Their Complete Bio) 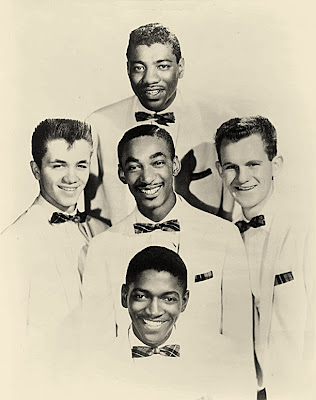 This interracial group really started in 1955 as a black group know as The Four Deuces at air force detachment at the Pittsburgh airport and consisted of the military guys Corthian"Kipp"Johnson(1st Tenor),Don E. Jackson(Baritone,Lead),Clarence E. Quick(Bass) and Samuel"Pat Patterson(1st Tenor-Lead).for a brief time they have to Bernard Robertson as 2nd Tenor. 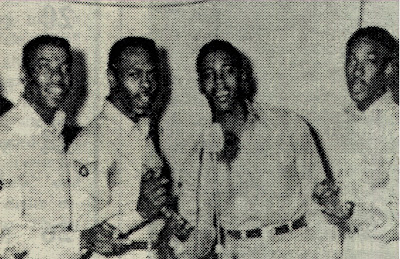 They participate in the "Tops In Blue" Air Force base Amateur Contest,took their first place and moved to Bermuda for the national finals in this contest the group placed second.in early 1956 the group added to Dave Lerchey as 2nd Tenor,a military white guy from Indiana and changed their name to The Vikings(later Quick add DEL to the name Vikings) and perform in many local talent contests when by a problem with his voice Samuel Patterson leave the group and was replaced by Norman Wright a Baritone-Lead from Philadelphia. 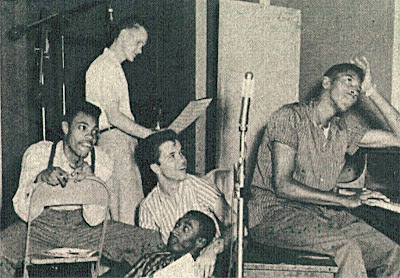 From the guidance of DJ Barry Kaye the group recorded a 9 tape demo acappella songs and auditioned for Joe  Averbach Fee Bee Records this liked the guys and send these in December 1956 a recording session where the group recorded the Clearence's original tune_Come Go With Me. and the Kripp Johnson's tune_How Can I Find True Love. these sides were released by recomendation of  Averbach under the group name of The Dell (with two L) Vikings in this session the band were composed by others musics from the base as George Upshaw(Sax) and Joe Lopes(Guitar).

The A side was inmediataly a big regional hit and Fee Bee sold the master to Dot Records for their national distribution and the side charted # 4 nationally on May of 1957 and send to the group to appear on many life and TV shows. 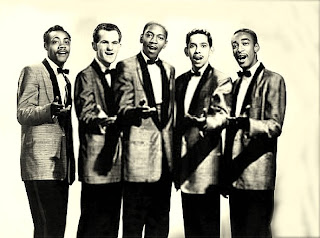 In late February the group back to the recording studios and recorded_What Made Maggie Run/When I Come Home. without any success the disc was re-released with a different flipside by Fee Bee and also by Dot with their version of The 3 D's(see in this blog) song_Little Billy Boy.In_What Made Maggie. and Little Billy Boy. tunes the lead singer was the country & western singer Fee Bee recording artist Joe Biscoe(he writen the first song).
In early 1957 Don Jackson leave the group and was replaced by the white guy Donalg"Gus"Backus a 2nd Tenor from Long Island.They recorded_Whispering Bells/Don't Be A Fool(as the Del Vikings). the A side charted # 9 nationally in the summer of 1957.

They appear in the Movie" The Big Beat".In the end of the summer of 1957 Gus leave the group and the guitarrist Joe Lopes now was their 2nd Tenor-Baritone.In this time Luniverse Records released an album with the early 9 demos songs of the group as well as a 45 with two of these sides_Somewher Over The Rainbow/Hey Señorita. With two Del(L) Vikings groups and the paralell release of their songs on Fee Bee,Dot and Mercury the public and DJ's were confused and the two groups never more charted nationally with their future releases. 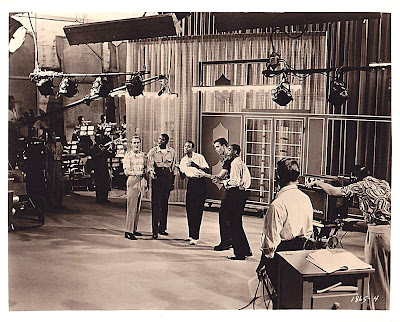 In the summer of 1958 The Dell Vikings on Fee Bee/Dot Records were broke up and Kripp Johnson reunited with the Mercury group and sing lead on their Slade'sShield's version_You Cheated. The end of The Del Vikings Mercury recording artists were in the autumn of 1959 but in December a new Del Vikings group were created with Kripp Johnson,Biilly Woodruff,Ritzy Lee,Douglas White and Willie Glenm this formation recorded one single for Alpine records_Pistol Packin Mama/The Sun. and signed with ABC Records where in 1961-63 recorded seven 45 rpm without any success. 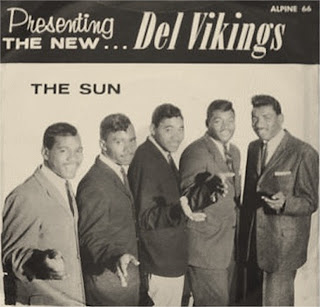 In 1963 Kripp recorded with Lou Christie and the Tammys as Ritchie & The Runarounds for Ascot Records_Lost In The Crowd/Don't Cha Back Track. In 1964 the group signed with Gateway records and recorded one single_We Three/I've Got To Know. this was the last single of the group they finally disbanded in 1965.

In the 70's Johnson,Quick,Wright and Blakely reogruped for the revival concerts of the era and recorded one single in 1972 for Scepter Records. During the 70's,80's and 90's some Del Vikings groups appear with some original member or current Del Viking's member. 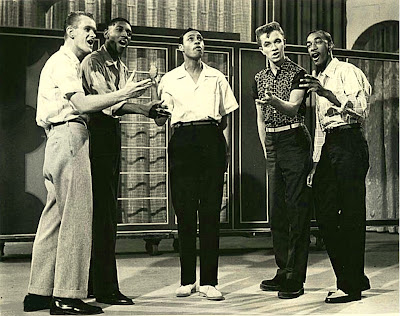 Thank you, great article of The Del Vikings !