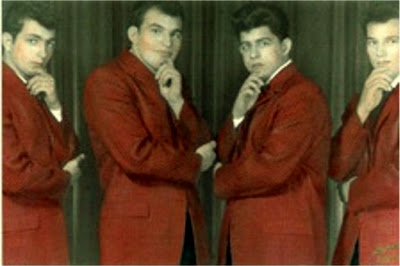 The Federials were formed in 1957-58 from the Mt. Pleasant area of Providence By Jimmy Lepre(Lead),Richard Houle(Tenor),Richard Lanoue(Bass) and Ron Iacobucci(Baritone).Ron was from the Italian section of Providence called Federal Him and they took their name of The Federials.

Songwriter Jimmy Crane have a song for the group_Why Try To Change Our Love. the guys recorded this as a demo moved to New York where contacted with record producer Millie D'Rosa who signed as manager of the group and send this a small label in Harlem called Kenya Records.

Without success with the label the group returned to Providence.Lanoue leave the group and was replaced by Videl's members Richard "Dino" Amaral and Herbert Rickie.when Ron leave by military obligattions the group finally disbanded.