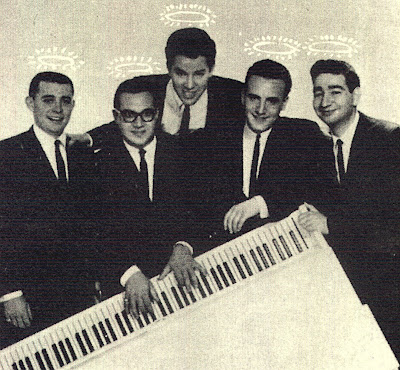 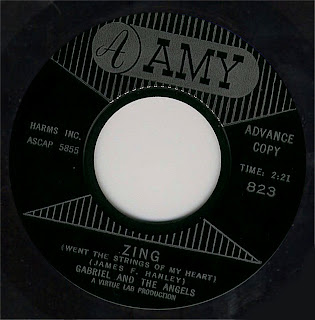 In 1962 signed with Swan Records where re-released their first single_That's life (That's Tough)/Don't Wanna Twist No More.with a studio girl group as back up group.

Finally the band recorded another single for Swan records(with the girls) and disbanded.

Posted by Whitedoowopcollector at 12:13 AM

Hey This is a great record. My dad Lawrence J. Costanzo wat the original drummer for Gabriel & The Angels (Philadelphia,PA). He was the drummer on the 45 RPM record "Chumba/ Hey!" He was Happy to see some one posted the recording on YouTube.

Thats funny, my grandfather must have joined the band right after your father. Its strange growing up and hearing all the stories and now finding them online.

I remember hearing this song when I was a kid. The song is all but forgotten, never gets played on any oldies station. Too bad, the song is great and deserves a better fate.