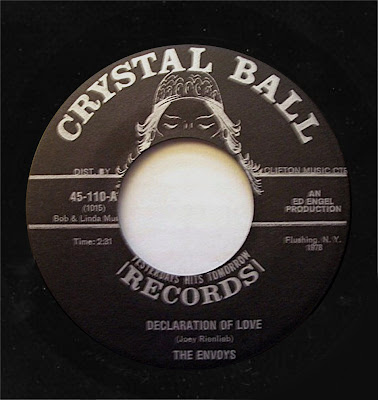 In 1957-61 the Brooklyn native Joel Reinlieb was in the air force he was approached by four balck serviceman who were looking for a Lead singer for their group The Silk-Tones,with Joey as lead singer they participate in one talent contest at the Westover air force base in Chicopee,MA. they came in second in the voting. 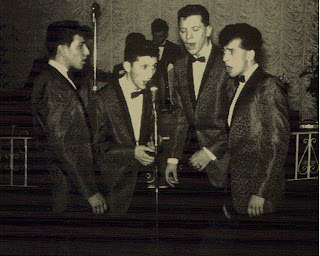 When Joey finished his military obligations he attended NYC community collage where he became a member of the white group The Envoys.Joe had written two original tunes_Springtime/Declaration Of Love. they present the sides to Raoul Cita who managed The Harptones.Mr. Cita send the group to some Harlem theatres where the group have nice live perfomances but unafortunely their songs never were realized.
Finally in 1978 Crystal Ball Records released these unreleased sides in one 45 RPM.

Later Joe was part of The Newports who recorded for Kane and Guyden Records(see in this blog).