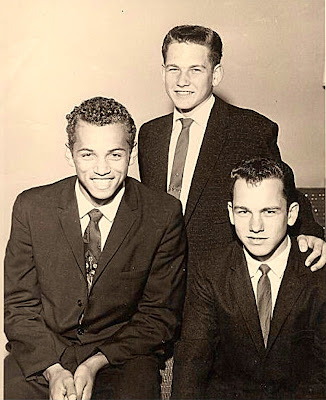 Interracial group from The San Gabriel Valley of Duarte first know as The Aladdins and formed by 16yr old Chester Hickman and two white brothers, Darrell and Gary Smith.

They appeared on the Rocket To Stardom TV Show singing _Twilight Time. accompanied by Hickmans’ father who played piano and who was booked at a local club, The Alibi. 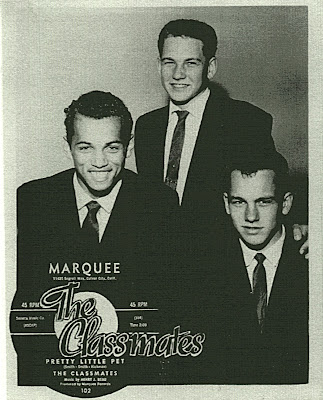 Left to right;Chester,Darryl and Gary.

Hickman’s father send the guys to Marque Records where the label recorded at Gold Star Studios in Hollywood four sides all released in 1960 with their new name The Classmates_Don’t Make Me Cry/High School. And _Until Then/Pretty Little Pet. 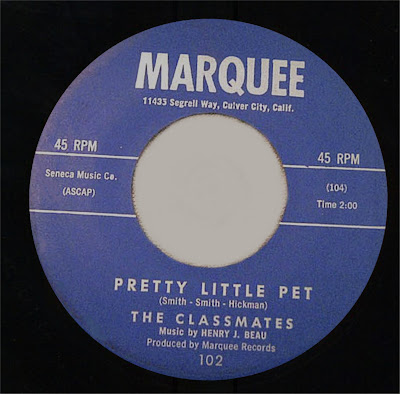 The first recording have a big acceptacion but the group disbanded and their recordings dead soon.later the label ressuied their first single as by Chester Hickman & The Classmates.

Posted by Whitedoowopcollector at 10:24 AM