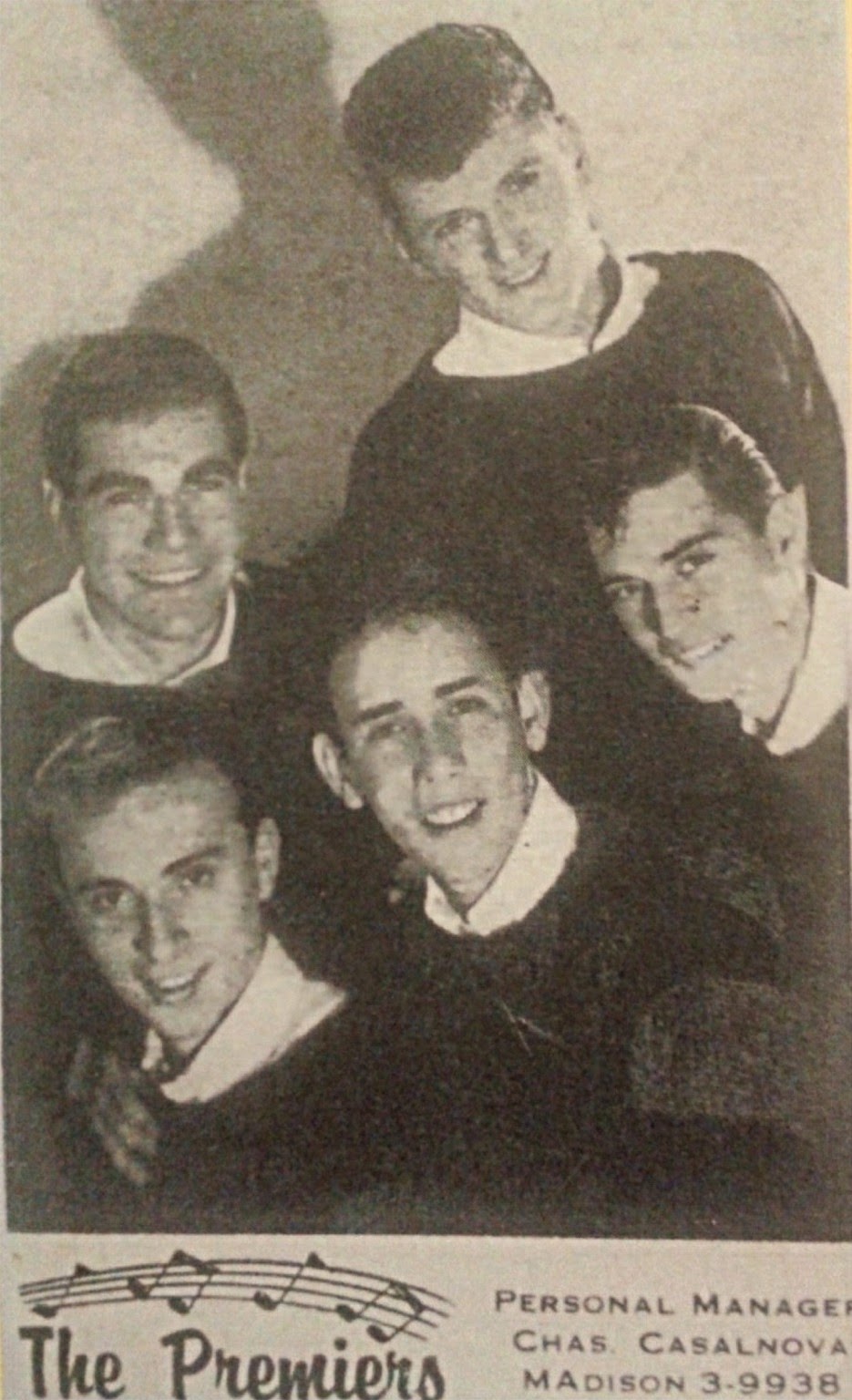 John DePalma started in 1957-58 their first vocal group, the Fitones(later The Valchords) in his south Philadelphia high school with classmates as brothers Anthony & Bob Bruni and Bobby Cramatola. They participe in a local act at Candlelight Plaza at 8th & Snyder together with local groups as The Four J’s in this same time John form a second vocal group know as The Jew-Wops formed by three jews and two italians; Joe Mozeff(Lead),John DePalma((Baritone),Al Waldman(1st tenor),Lou Gaudioso((2nd tenor) and Barry Pouls(Bass).by a brief time they recruited Lenny Rocco as their Lead but this leave soon to form his own group Lenny Rocco & The Rocks (Barry Pouls and Joe Mozeff singing in the same time with the Jew-Wops and The Rocks). 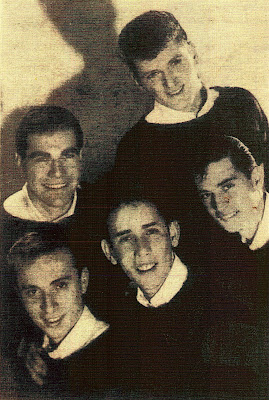 In early 1959 they changed their name to The Premiers and signed Joe “Chappy” Casalnova as their manager who send the group to one audition with local producers Johnny Madara and Dave White who in the spring of 1959 recorded the group sides_Tonight/I Think Love You.both written by Madara &White and without Bassman why in this time, Barry, singing with Lenny Rocco & The Rocks. 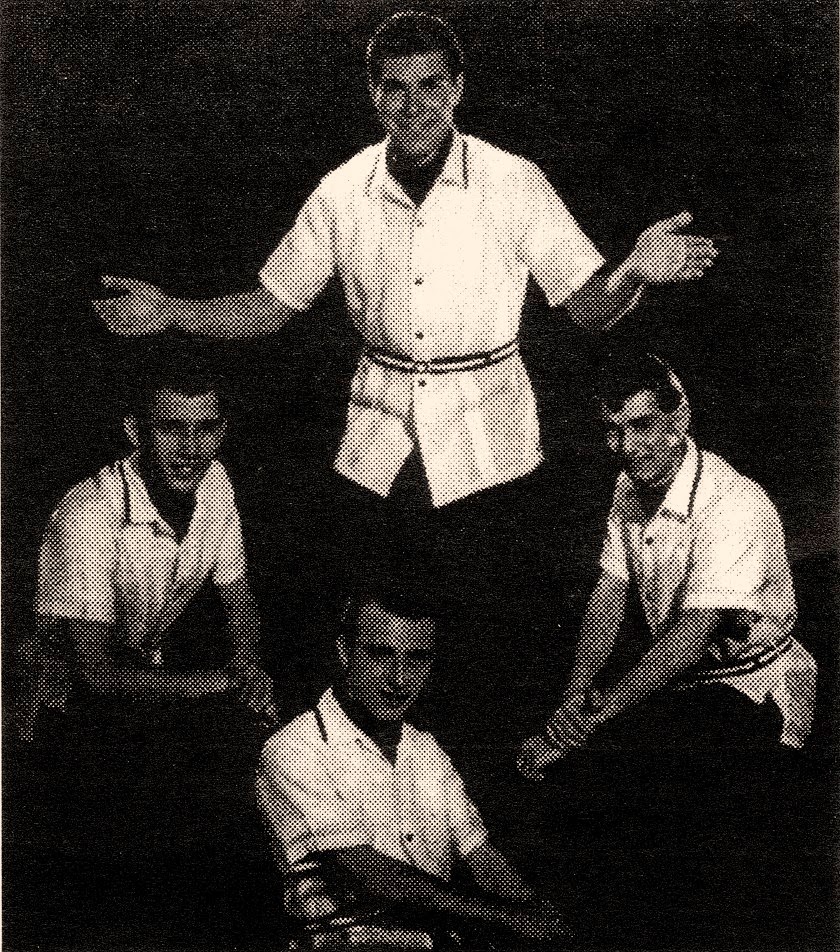 In late 1959 the group back to the recording studio (this time with two female back up singers) where recorded_Angel Love/False Love. Released on the Best label. 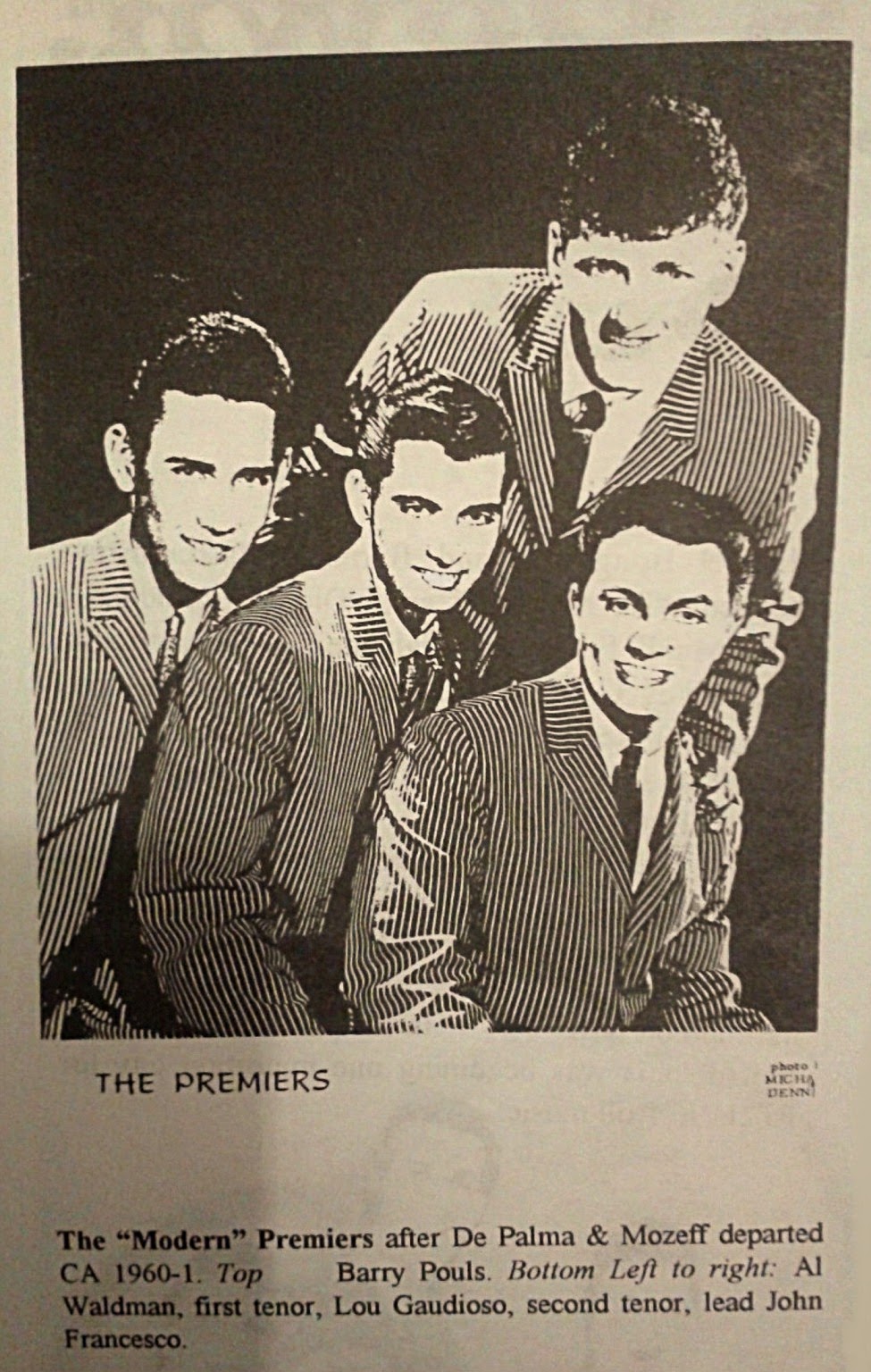 Without any success with their recordings John and Joe left and Johnny Francesco join as their new lead singer but this new formation never recorded again and only participe in live shows during 1960-61.

Posted by Whitedoowopcollector at 3:46 AM

i believe mr dcrohman made a mistake,it's not the same graoup who recorded on palm,this group is from washington d.c;
some sources gives john madara as the leader of this premiers groupos,who's right

please remove The Jew-Wops that is not true PER LOU GAUDIOSO.