THE KIDS FROM TEXAS_I'm So Lonely 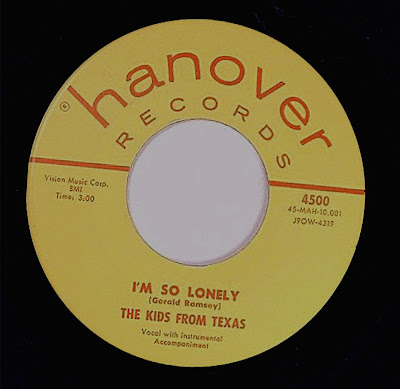 The Kids from Texas signed with the New York city label Hanover Records owened by Len Levy and Bob Thiele who released the nice doo wop_I'm So Lonely. which was composed by a member of the group, Gerald Ramsey and the rock_Long Legged Linda. 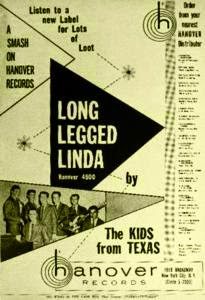 THE KIDS FROM TEXAS.

Posted by Whitedoowopcollector at 7:20 AM