THE TEMPOS_I Got A Job 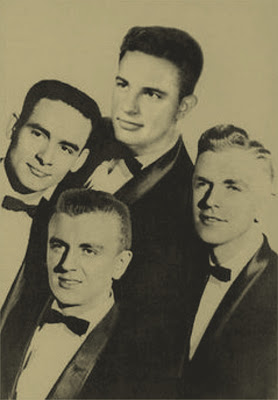 In 1952-55 Mike lazo and Gene Shacther from Pittsburgh served wit the US army in Korea, Schacter perfomed as a comedian and Lazo singing in a duet during the conflict. 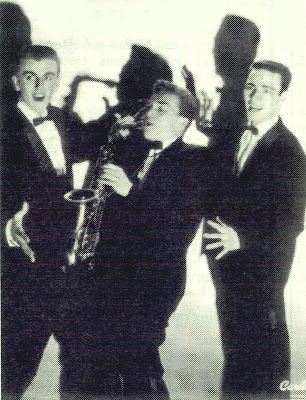 When they wre discharged form a vocal-dance-comedian trio with Saul Pomeranz  called The Hi-lites but soon Pomernaz left and was replaced by Bobby Vinton also the name was changed to The Ramblers (by a conflict with a prior group named Hi-lites). 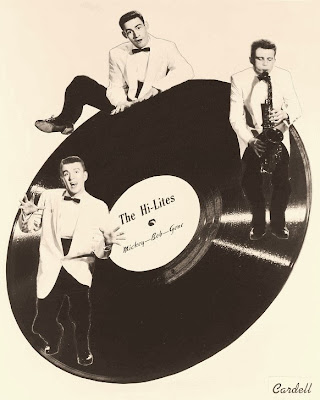 In the late 1955 they added  to Jim Drake(of The Four Larks,see in this blog) as pianist/arranger and singer, finally  the line up consisted of Lazo on Lead,Vinton on Lead and 2nd tenor,Drake on Baritone and Schacter on Bass.

They contacted with Danny Kessler manager of The Four Coins who send the group to Dave and Mickey Kapp of Kapp Records, in March 1957 the label released the sides_Kingdom Of Love/That’s What You Do To Me. under the group name of THE TEMPOS.

The disc was were popular in Detroit,Cleveland,Chicago,Pittsburgh and Canada but in this time Bobby Vinton left the group and was replaced by Tom Monito. 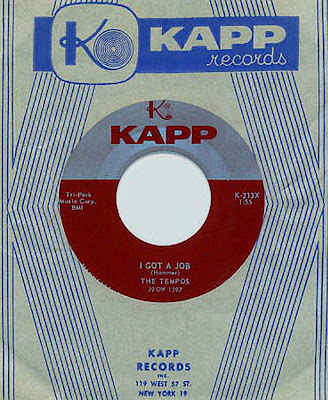 In October 1957 the group released_The Prettiest Girl in the School/Never you Mind (written by Dj Barry Kaye). Without success with their early recordings  in 1958 signed Bernie Woods as their new manager and the guys recorded their last disc on Kapp Records_Strollin’ With My Baby/I Got A Job.

The group moved to Jack Gold label’s Climax Records who in summer of 1959 released_See You In September/Bless You My Love. 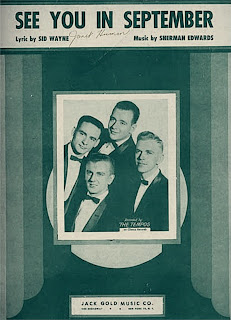 The A Side was an instant hit locally and nationally(number #23 at the end of August) and the group perfomed on American Banstand on October 12, 1959.


In September 1959 Gold Records released two new sides_The Crossroads Of Love/Whatever Happens. Without success Mike Lazo and Tom Monito left the group and were replaced by ocassionally singers, two new sides were released in the Gold’s Paris label in 1960_Look Homeward Angel/Under The Flags. Again without any success members became disillusioned and The Tempos disbanded.

Lazo singing a solo career as Mickey Lane but in 1964 Jack Gold reform The Tempos and released_My Barbara Ann/When You Loved Me. in the Ascot label the group signed Johnny Brown as their new manager and singing locally by a brief time.

In 1965 Gold release on the Ascot label_My Barbara Ann/I Wish It Were Summer. And in 1967 Mike Lazo with Phil Gilky and Lee Ayres singing again as The Tempos.

In July 9,1966 The Happenings remake of_See You In September. Entered in the national charts reaching #3.

Posted by Whitedoowopcollector at 12:07 AM