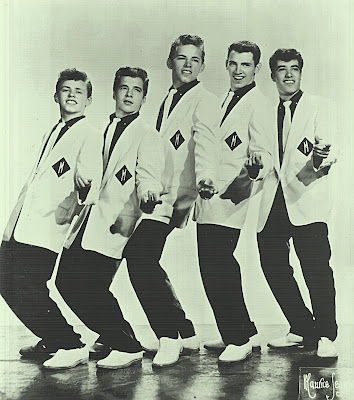 Quintet from Washington High School in Mt. Vernon NY. formed in 1956 by Jerry Scholl(Lead),Robert Scholl(1st Tenor),Eddie Quinn(2nd Tenor),Neil Arena(Baritone) and Larry Esposito(Bass).
Originally know as TheMellotones were managed by Dick"King"Levister and in July 1957 signed with Herald Records why to Al Silver president of the label liked the black sound of the group.the label give to the group many songs and finally released their first single_Tonite Tonite/Do Baby Do. in July,1957. 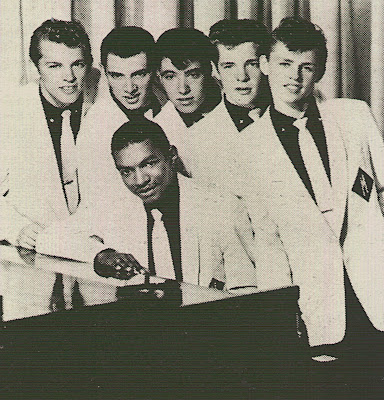 The A side was soon a favorite vocal group song all over the country but inmediately Herald Records received a reclamation from Gee Records why this label have on the charts a group named The Mellotones and Herald have the obligattion of re-release the recording with a new group name The Mello-Kings(after Dick Levister's middle name). 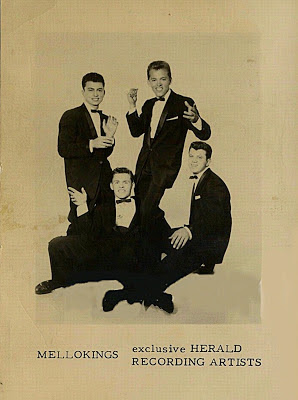 
The Mello-King's follow-up to_Tonite Tonite. was_Sassafras/Chapel On The Hill. released on October,1957 followed by_The Only Girl/Baby Tell Me. all these four sides failed in the charts.

After of their fourth Herald's single_Valerie/She's Real Cool.Neil and Larry left the group and were replaced by Louis Janacone and Tony Pinto. 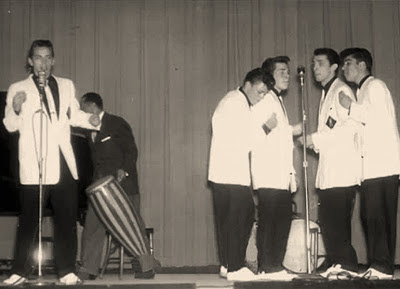 In 1958 Herald released the EP The Fabulous Mello-Kings_Tonite Tonite / She's Real Cool / The Only Girl (I'll Ever Love) / Do Baby Do. 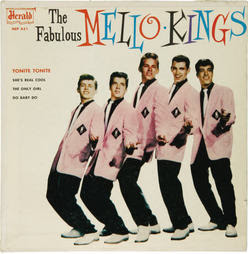 In 1960 Herald released the LP The Mellokings_Tonight Tonight. Tonight Tonight / I Promise, Our Love Is Beautiful / Sassafras / The Only Girl / Once On A Windy Day / Kid Stuff / Chapel On The Hill /Starbright / Valarie / Chip Chip / Baby Tell Me (Why, Why, Why). 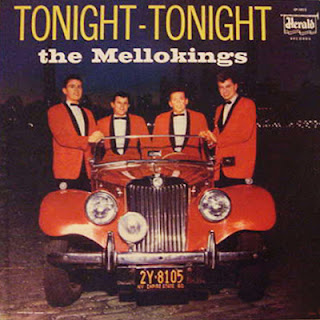 Followed by another single of the group_Kid Stuff/I Promise.(released as The Mellokings) this recording was really the last record the the group,Bob Scholl and Eddie Quinn left the group and this soon broke up. but Herald released two new singles with two 1957 master's_Penny/Til There Were None. and_Love At First Sight/She's Real Cool. again under the group name of The Mellokings. 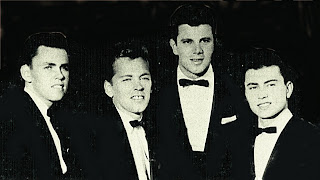 In early 1961_Tonite,Tonite. re-entry in the nationally charts and picked #95 and finally in 1969 the group reunited for a Richard Nader's revival show. 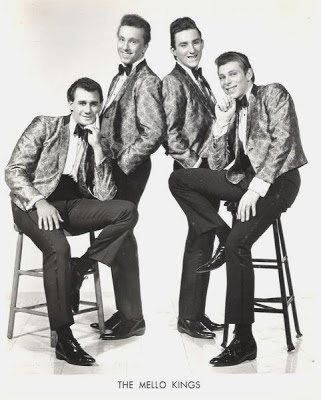 The first pressing single of The Mello-Kings_Tonite,Tonite. has Mello-Tones listed on one side and Mello-Kings on the other side.

On the second press of the single_Running To You/Chip Chip. The Royal Holidays are singing_Down In Cuba. on the_Chip Chip. side even though artits is The Mello-Kings.

In 1964 Eddie Quinn recorded as Evan Mitchell(see in this blog). 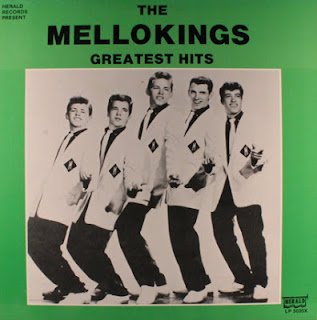 In 1981 Relic Records released the LP The Mellokings_Greatest Hits.Tonite Tonite / She's Real Cool / The Only Girl (I'll Ever Love) / Do Baby Do / Chapel On The Hill / Dear Mr. Jock / Kid Stuff / Thrill Me / Valerie / Love At First Sight /  Running To You / Baby Tell Me / Til There Were None / Sassafras / Our Love Is Beautiful / I Promise / Chip Chip / Penny.

COMPLETE BIO AND DISCOGRAPHY AT...
http://home.earthlink.net/~jaymar41/mellokings.html

Robert was the lead singer , Jerry sang harmony . I kenw them both and played electric bass for them on a few gigs.