THE DELL-SATINS aka THE DEL- SATINS 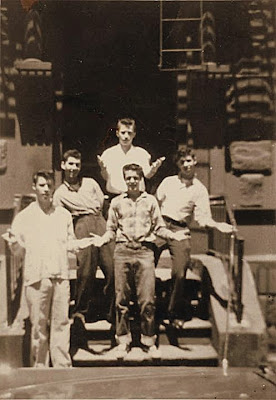 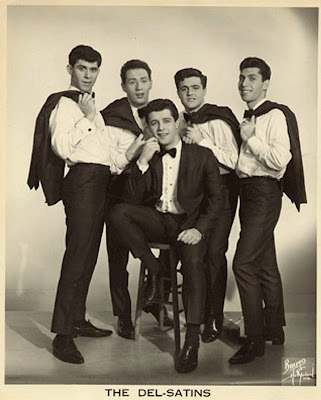 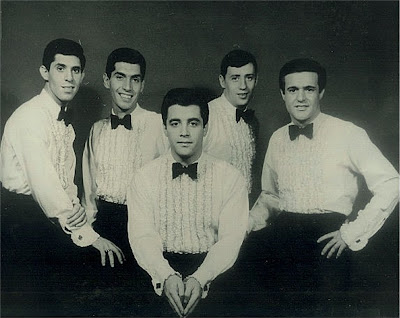 They have a black sound and for their new name The Dell-Satins they were inspired from their black favourite groups name The Dells and The Five Satins.

They practice a long time add a fifth member Tommy's brother Freddie(Baritone) and change their name to The Del-Satins(they discovered that with "Dell" their name read" The Of The Satins").On March of 1958 they made their first stage appearance at The Lenox Hill Neighborhood House and their popularity lead to many more appearances in the next months. 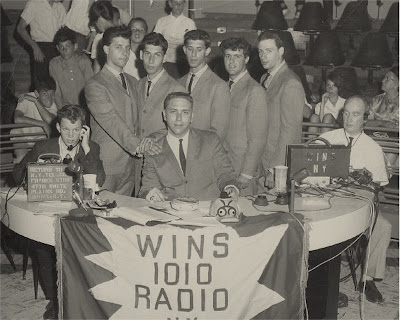 In early 1961 they are involved with Alan Fredricks a famous DJ this send the group to Jim Gribble and him was now their manager.In this time Keith left the group and was replaced for about six months by Mel Kalickman who himself was replaced by Bobby Failla(Bobby was an old member of The Yorkville Melody's).Jim Gribble recorded two Stan's original tunes_I'll Pray For You/I Remember The Night. and sold the masters to End Records and the label released the sides in 1961 believed the group to be black.

After this recording Jim send the group to release back up works for artists as The Soundowners and to Dion DiMucci(see in this blog) on Laurie Records. In 1962 the group now with a white sound recorded their second recording_Counting Teardrops/Remember. for Hy Weiss Win Record Label followed by two releases on Laurie Records_Teardrops Follow Me/Best Wishes,Goodbye. and_Ballad Of A DJ/Does My Love Stand A Chance. The First side was a New York regional Hit.

At this time Bobby left the group and was replaced by Richie Green of The Companions.
Sadly Jim Gribble passaed away and their management was in the hands of Jay Fontana who was involved with the DJ Murray The K. and for they the group have big life perfomances on Murray's Fox Theater shows. 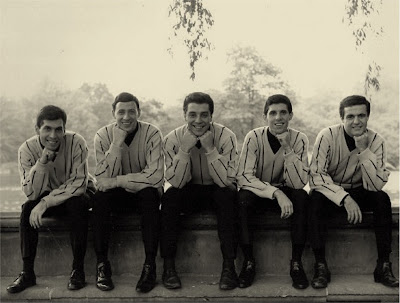 Disgusted with the new manager the group signed with Freddie's father and this obtaining to Laurie contract for the group backing to Laurie's artist as Stan Vincent,Carlo,Len Barry,Paul Simon,Ernie Maresca,Nick Como or to Johnny Saber on their 1962 Hitsville release_The Note That I Wrote/Babby It's Gotta Be.

When in 1963 Dion moved to Columbia the group followed him as back up group and recorded in this label a new single own their name_Feelin No Pain/Who Cares.The first side written by Dion.

In 1964 the group left Columbia and signed with Amy/Mala label where recorded a new single_Believe In Me/Two Broken Hearts. without any success the group signed with Clay Cole and the group become regulars on his TV Shows from the early 64 to the middle 65. 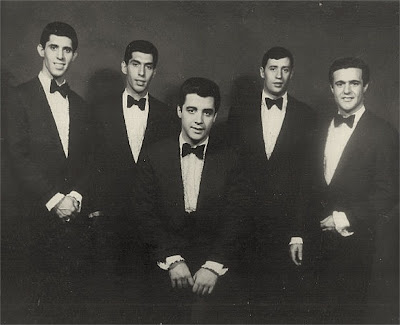 In 1965 the group recorded on The Tokens BTP label four singles and one Lp with a modern sound this is the end of the group,Richie Green and Freddie along with new Lead singer Carl Parker recorded the last 45 for Diamond Records in 1967.

In the 70's Richie Green and Freddie Ferrara joined Johnny Maestro as The Del-Satins became soon The Brooklyn Bridge.(see in this blog The Del Satins-Johnny Maestro &). 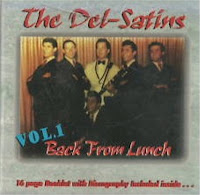 Posted by Whitedoowopcollector at 11:03 AM