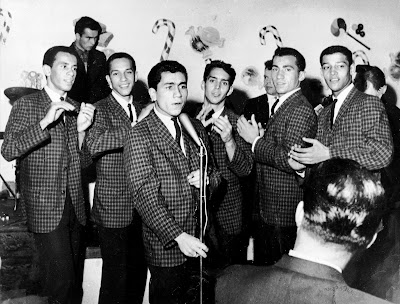 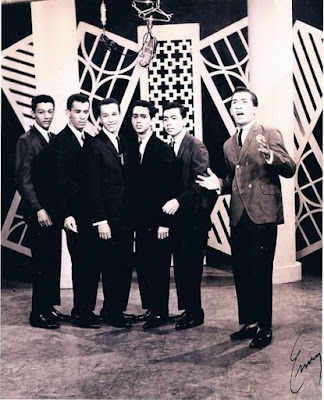 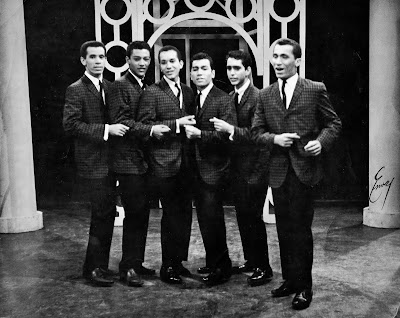 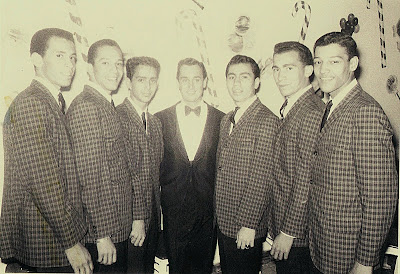 This group was a Puerto Rican vocal group who backed up Frankie Avalon when he appeared at La Concha Hotel.they also back up to Neil Sedaka(see above picture),Lenny Welch and other artists on their Puerto Rico tours.the group singing on many TV shows but never recorded. 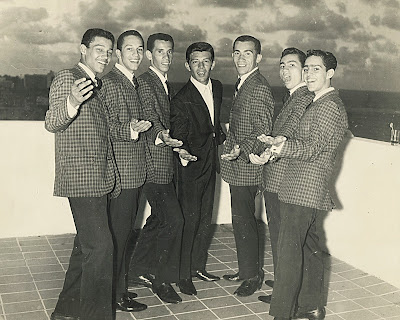 Above The Tropicals with Frankie Avalon.

The first guy from right is Julio Angel Acevedo of the Latin Lads, see in this blog, Julio (Latin Lads).

Posted by Whitedoowopcollector at 6:36 AM