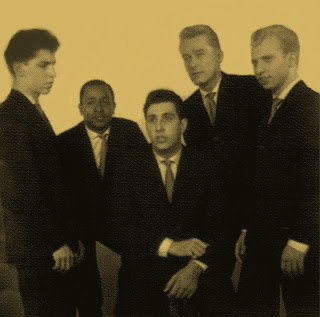 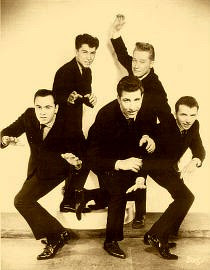 In 1961 The Chants signed with Tru-Eko Records owened by Bill and Steve Jerome.The group released_Respectable(.a song written and previously recorded by the Isley Brothers for RCA) and _Kiss Me Goodbye.this same year this record was re-released on MGM and the next year on UWR Records.

With this recording in circulation The Chants appear on the Clay Cole show in New York and the Buddy Morrow Show in Detroit. 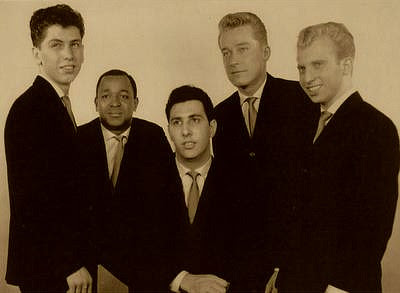 In late 1961 the band were a complete white band formed by Pete Antell,John Linde,Al Ferreira,Mike DeVivo and a guy named Curly(see the second picture group) and recorded for MGM subsidiary label Verve Records the sides_Dick Tracy(song about the comic & TV detective) and as B Side_Choo Choo.

This was the last single of the band.Pete,John and Mickey continue in the music bussines.Pete have in 1962 a top #100 wih the song_Night Time.and Mickey a Top#30 in 1964 with_ Shaggy Dog.

In 1963 20Th Fox Records released one out take of The Chant's side_Respectable.under the name of Jimmy Soul & The Chants.
Posted by Whitedoowopcollector at 3:47 AM