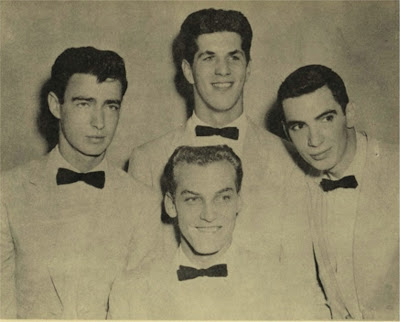 Another Rock & Roll Band present in all the doo wop guides were The Velaires first know as
The Screamers.

The Screamers eventually changed their name to The Flaires, then The Velaires, and became one of the most popular, talented and respected rock bands in the Midwest. Based out of Sioux City, Iowa – they paved the way for many great rock bands to come out of the Sioux City area. As The Screamers, they released one of the most legendary records of its time “I Dig” released on Kay Bank Records. 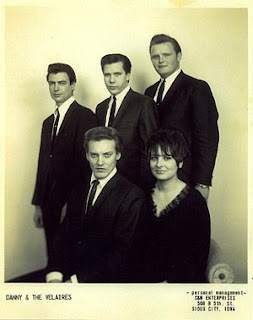 As The Flaires, they released “Roll Over Beethoven” on Palms Records. This was picked up by Jamie Records and released as “The Velaires”. The Velaires appeared on Dick Clark’s American Bandstand in Philadelphia and scored other regional hits on Jamie, including “Dream” and “Ubangi Stomp”.

The Velaires were pre - Beatle in other words their style and play was all American I influences and it was very good their potential had no limit . *****