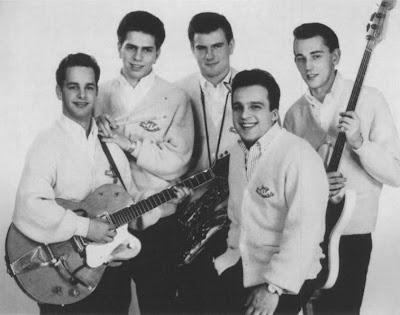 Cleveland band who had several excellent local hits that defined the Cleveland pop rock-n-roll sound of the 60s. The band was formed by Joey Porello (lead vocals, trumpet), Gene Marotta (drums, vocals), Denny Slivko (sax, vocals), and Don Evans (bass). This core remained together for the band's entire 10 year run! The band's original guitar player was Ray Miller. All the members were from Cleveland's east side and suburbs, and became the standard for the 'greaser' style that was prominent in that part of town. 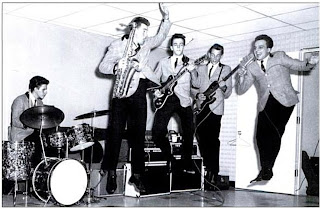 The band released their first of five 45s in 1964, scoring a local hit with "Linda". They followed up with "No One Can Make My Baby Smile" and "Baby", probably the best of the b 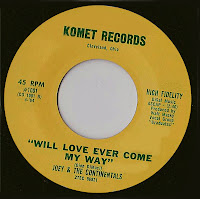 unch. Meanwhile, Ray Miller left and was replaced by Walt Nims (in between his time in the Starfires). Nims was replaced by Jack Godzich. In 1966 the band cut a Brian Wilson song "She Rides With Me" and was justifibly rewarded with another big local hit. Shortly after the band, which was managed by Walt Masky's General Talent Organization, changed their name to the GTOs. Although the then-new car by Oldsmobile was probably an inspiration, GTO was also the initials of their management!

To Listen or Download the Dion Soundalike_Will Love Ever Come My Way. please visit;