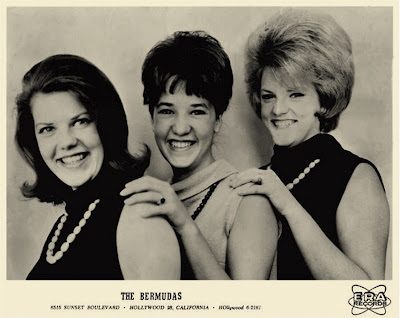 
The Bermudas, the Majorettes, the Georgettes,Joanne & the Triangles and Beverly & the Motorscooters: these are just some of the recording appellations used by singer-songwriter-producer-business woman Rickie Page and the female members of her musical family. 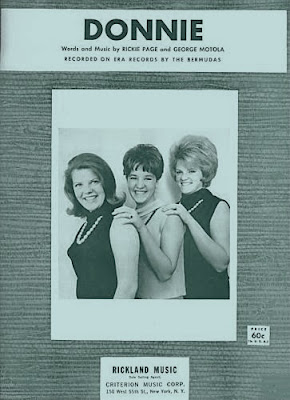 She and her omnipresent husband George Motola also ran Troy Records, the original 1964 outlet for 'My Boyfriend' by Becky & the Lollipops, yet another name used by the Page clan. This particular outfit comprised Rebecca (Becky) Page, her older sister Joanna, their mother Rickie and Susie Kuykendoll, Rickie’s sister. Rebecca shared lead vocals with Rickie, whose oldest daughter Sheilah sometimes took her place in photos of the group. In 1957 Rickie Page had begun a stream of recordings using her own name for every label under the California sun, not to mention some in Nashville. She also waxed as a member of the Jordanaires, the Spectors Three and Bobby 'Boris' Pickett’s Crypt-Kickers.

Posted by Whitedoowopcollector at 3:45 AM