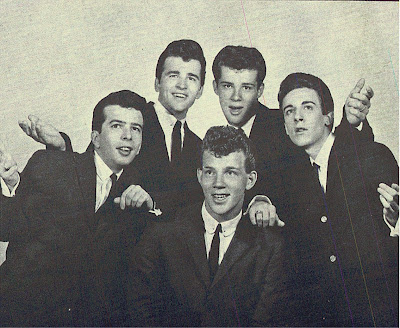 Pittsburgh white vocal group under the supervision of Jules Kruspir manager of The Marcels.

and have unreleased tunes as_Heart & Soul.

According to the CD "The Finbarr Golden Treasury Of Doo Wop Volume Eight";
four names are given as follows: Edmund Luton Earl Littlejohn Bernard Spencer Alex Spencer.The notes also say that they recorded "Can You Remember?" / "He" on Gigi 100 in 1963, and that was their only record.
Posted by Whitedoowopcollector at 10:36 AM