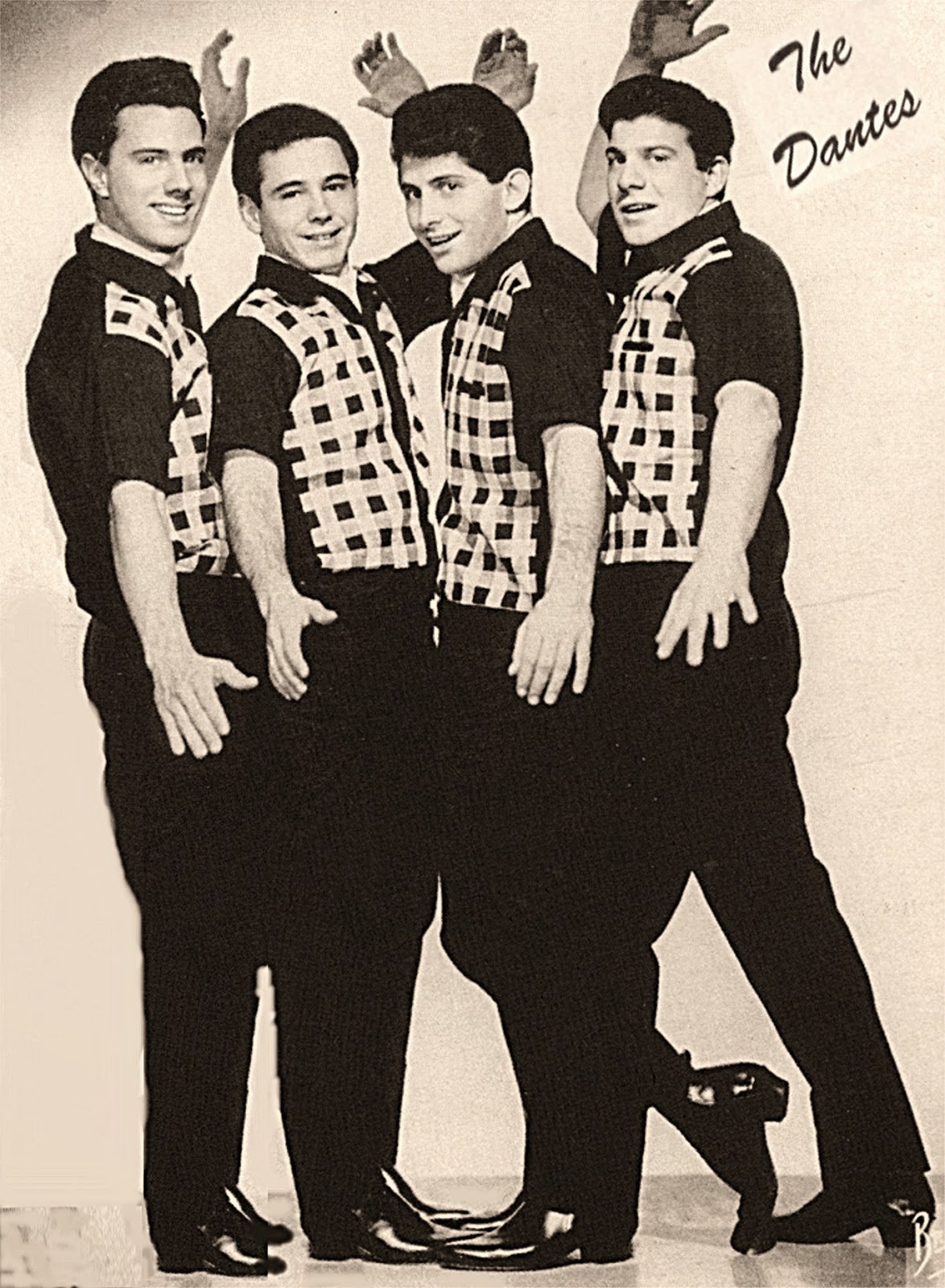 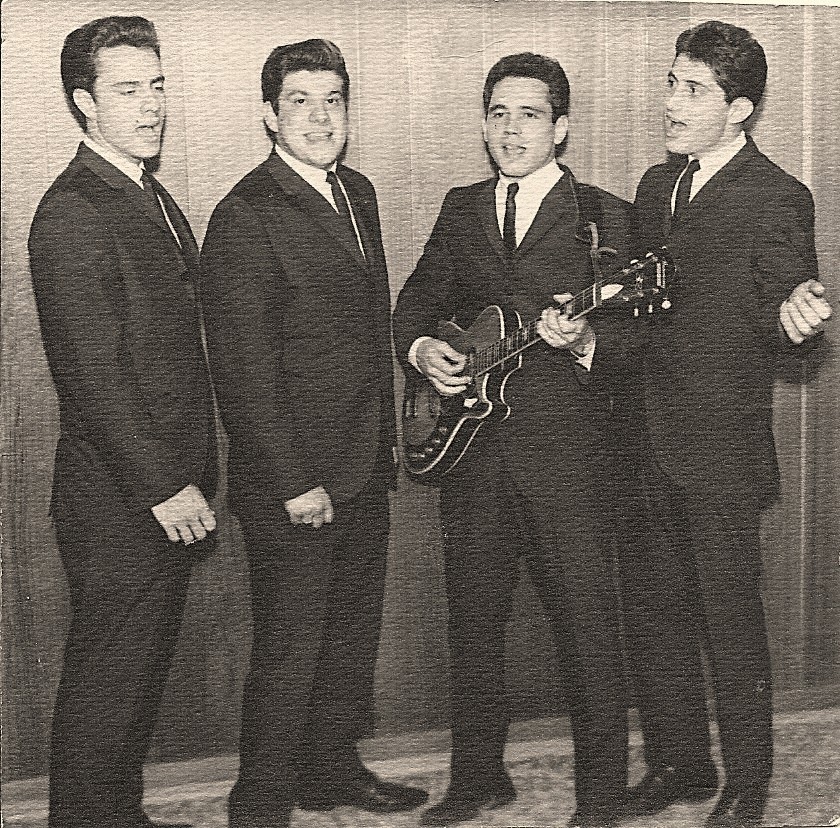 Until high school graduation in 1960, The Itals had been perfoming at boys clubs, VFW’s and similares places in the Carnegie vicinity. Once graduated Bob Oliastro leave the group and Rick Funaro and Bob Palombi enlisted in the army for three years followed by Molinaro by two years 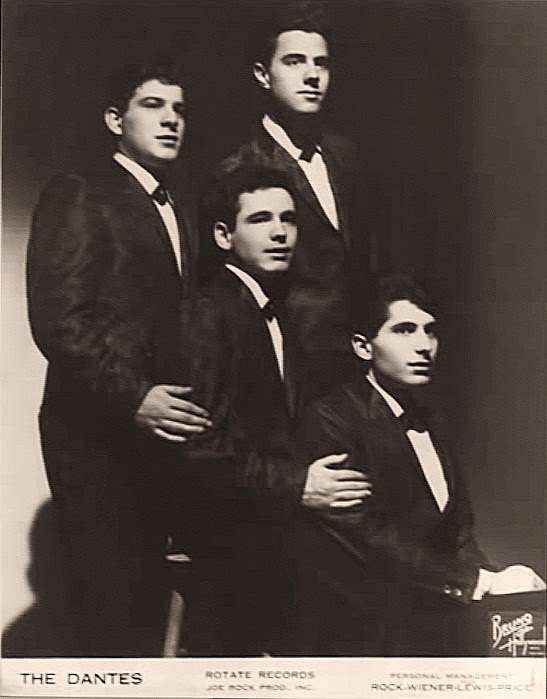 When they were stationed in Fort Knox, Kentucky for the basic training, the trio with other military guys harmonized old R&B ballads. In 1962 Pat back  and in 1963 Bob and Rick back to their civil life from the army an reorganized the Itals, Danny Piacquadio (Funaro’s cousin) joined as First tenor, Palombi on Lead, Funaro as Second  Tenor and Pat as Bass, they auditioned for Joe Rock manager of the Skyliners who signed the group but with a change in their name, The Dantes. 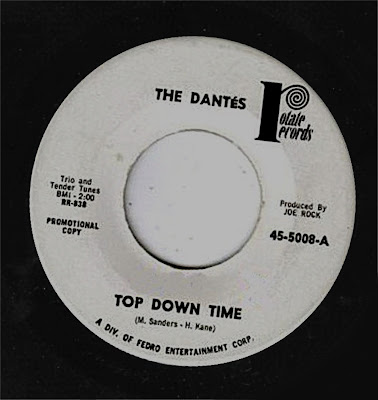 In 1965 the group recorded at Bell studio in New York the sides_Top Down Time/How Many Times. The A Side have a Beach Boys sound and the B Side is a Skyliner’s ballad type.

The group returned to Pittsburgh minus Danny who recorded some solo sides in New York, for the next weeks the group work for Rock’s as a back up group.

In may 1965 Rotate Records released the group sides and the A Side was very popular locally (“Premiere Record” on the Clark race show on KDKA-AM and by the week of June 21st the disc moved into the 39th position on KDKA radio 1020 “Sounds One Survey”) and also in Buffalo, NY wehre the local Dj Joey Reynolds signed the group to record some material he had written (sides never released). 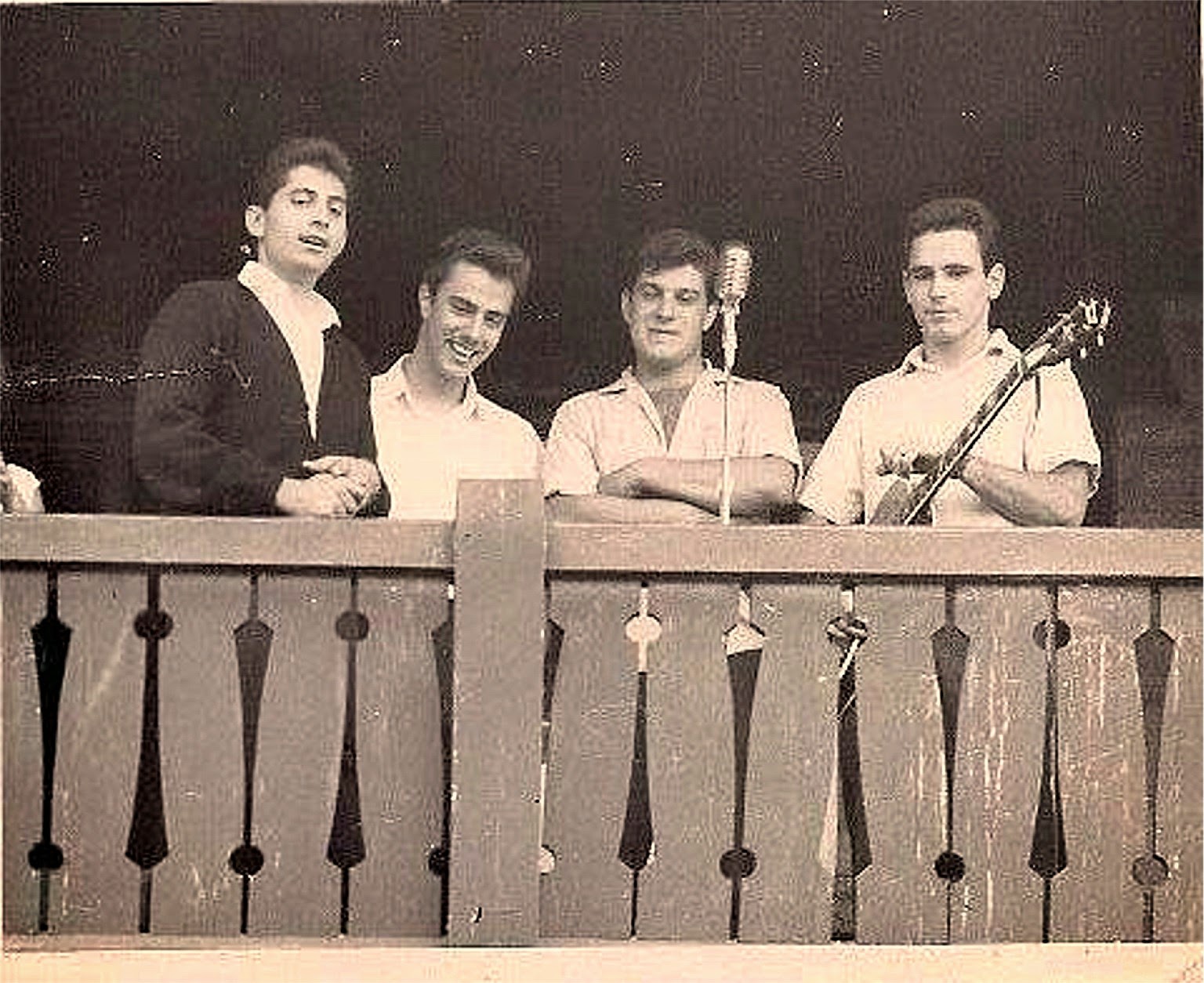 The_Top Down Time. side was becoming more popular and the group have great perfomances in the Ohio area but in the spring of 1965 Rotate Records was sold to the Amy/Mala label and the company had no interest in the group, by the summer’s end The Dantes had disbanded.

In the 70’s Rick Funaro formed a group called Occasional Regim.
Posted by Whitedoowopcollector at 2:45 AM