THE THREE D'S_Never Let You Go 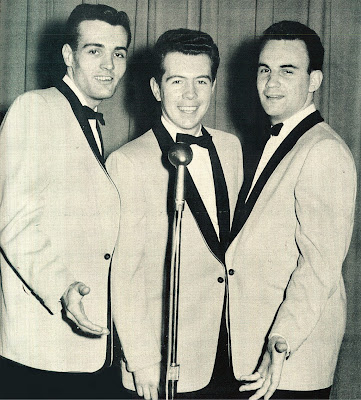 This trio is from Cambridge in Boston and consisted of Johnny Dalton,Art Doyle and Dean Paley.

The group consisted of Johnny Dalton, Dean Paley and myself, Art Doyle. Johnny and I went to high school together in Boston Massachusetts and sang in the church choir. In high school, we started singing as a duo. In our senior year while performing in a variety show we met up with a singer/guitar player Dean Paley and started harmonizing together. A girl that knew us all was listening and suggested we call ourselves “The Three D’s since we all had D’s in our names. 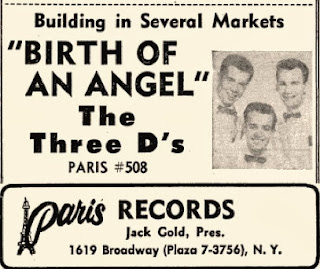 One night after we formed the group we went to see the popular disc jockey Arnie Ginsburg. In between records we asked him why he didn’t have a theme song. He said “why don’t you write me one. We worked on it, liked it and Arnie liked it too! The next day we recorded it and he used it to introduce his radio show for the next 20 years. Arnie asked us if we had any original songs and hooked us up with the record company “Paris Records”. We went to New York and recorded “Little Billy Boy” with “Let Me Know” on the flip side. 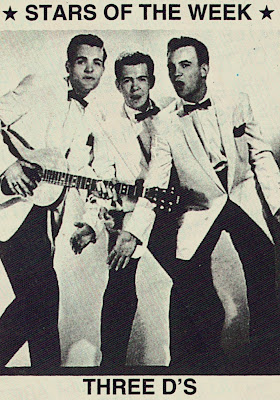 In about a month the record was released and all of a sudden we were on our way. We traveled all over the country appearing with such stars as, Jerry Lee Lewis, Chuck Berry, Fats Domino, Little Richard, Frankie Avalon, Fabion, Coney Francis and just about every other star at the time, except…..Elvis Presley. It was a great time! We appeared on American Band Stand five times and overall it was a great adventure I will always cherish. 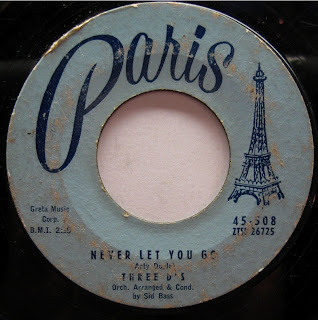 Also they recorded for Tradewind Records...

-My New Hampshire Girl/When Priscilla Walks On The Beach-1959

But these recordings don't were present in the doo wop guides. 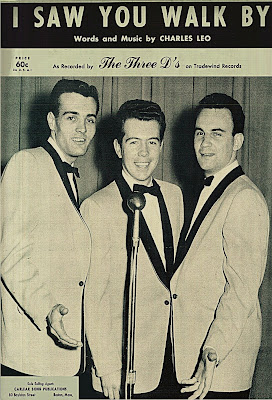 Posted by Whitedoowopcollector at 1:37 PM