THE JUMPIN' TONES_I Had A Dream 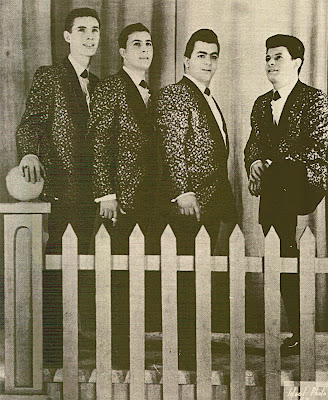 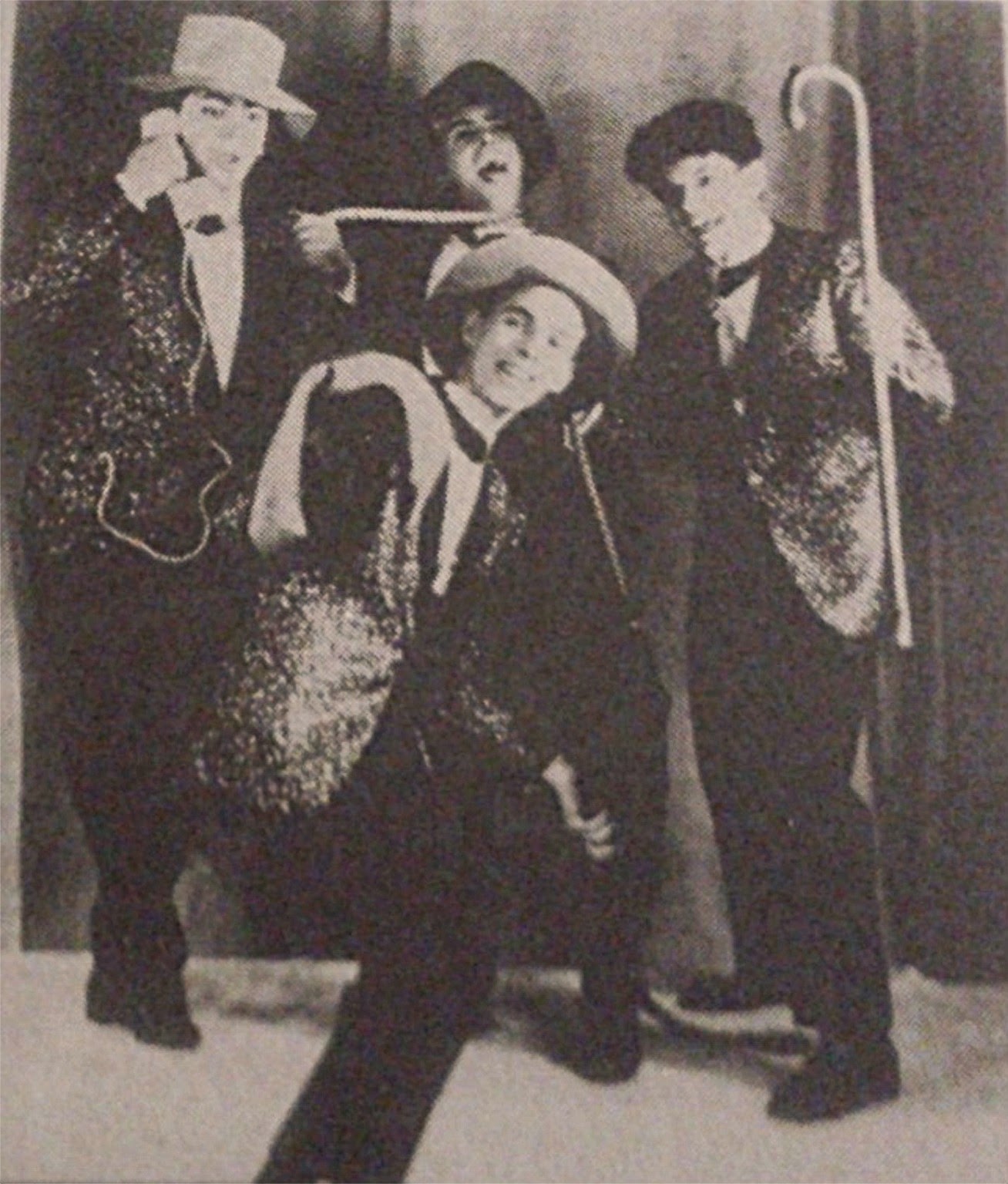 They signed a manager, WNJR disc Jockey Ted Kakuk who send the group to Don Davis owner of Raven Records who in 1963 released the sides_I Had A Dream/I Wonder. The disc have one moderate popularity and reached the nº1 in the black oriented Dick Baldwin show in New Jersey. 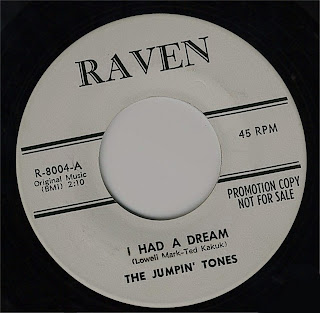 Their manager with atended the petition of of Joe & Pat and change the direction of the group, he send this to participe in the theatre act Other World ”The Planet Tarnarirum”, the boys were makeup with green skin,wigs etc and adopted names for the function as Zantron,Power Of Energie,Rator or Power Of Light. 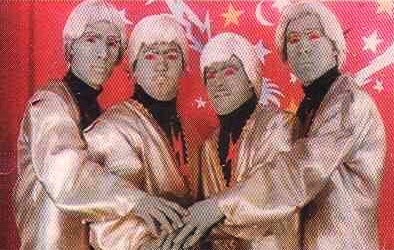 Also in the same time they have great live perfomances promoting their first disc with Danny “Cat Man” Styles and Cousin Bruce at New Jersey’s Palisades Amusement and spots on TV with Clay Cole and one frusted apparition on the Fox theater in Brooklyn for Murray the K’s easter special of 1963. 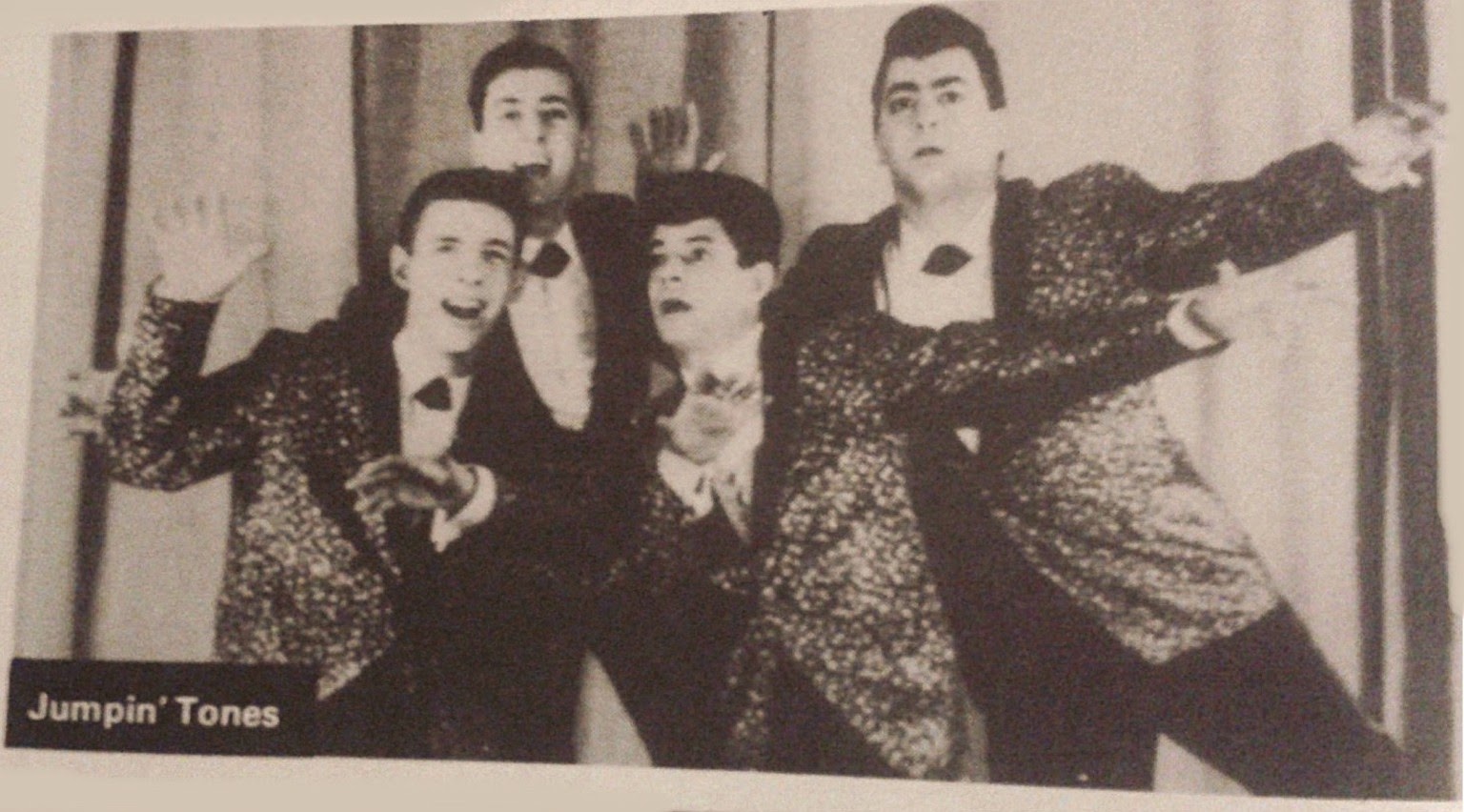 Joe want change the group name to The Beyonds, a name more appropriate for their theatrical show but the Raven label rejected the idea. 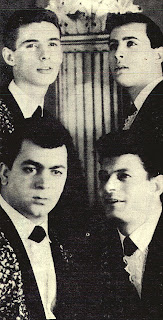 In 1964 Raven released the sides_Gradma’s Hearing Aid/The Angel Is You. Without success, the group continue with their “space” show and their sound would-be of “space travellers” but the Dj’s in this time don’t were interested in this sound and the group don’t made another recording and disbanded in the summer of 1964.

In early 80’s Pat and Joe with Wayne Jeans singing as Two Brothers and a Friend.

Posted by Whitedoowopcollector at 4:07 AM

The names in the Group called the Jumpin' Tones are Pat Zito, Joe Nunex, Anthony Carbone and Joey Wren. Pat Zito started the Group with Anthony and Joey then Joe Nunez joined them afterward. Now that is the facts

Let me give you some more information about the Jumpin' Tones. The picture up above here we have green skin, red eyes and gold jackits is a point in the Jumpin Tones career where they became aliens. They came from a planet called "Tanerium". Their names was as follows:
Zentron -the power of energy (Pat Zito)
Wizoot - the power of the mind (Joe Nunez)
Raytor - the power of light (Joey Wren)
Tono - the power of Life & Death.

Pat Zito came up with this idea and there is much more to this story. Maybe one day I will right a small book about it all.
I hope you found it interesting the group had the green skin before Kiss was even heard of.
Yours Truly Pat Zito also known as "Mr. Music".1787

This is Pat Zito again just want to say that in my last comment when I gave the names of the Jumpin Tones from planet Tanerium for some reason or other when I wrote the names of the guys in the group one name got left out for example when I got to Tono which represented Life & Death his real name did not show up. His name is "Anthony Carbone." I can't forget him. He is the one who kept us alive. Life and Death get it. (ha ha)

No that's not true.

Hey pat I had some questions for you . DO you mind If I ask you ?

Alysa please contact me at my e-mail address
mrmusic888@yahoo.com

WOW!!! Great group!
My favorite song by the Jumpin' Tones is "Grandma's Hearing Aid!" I'd like to know, who did the speaking at the beginning of the song?