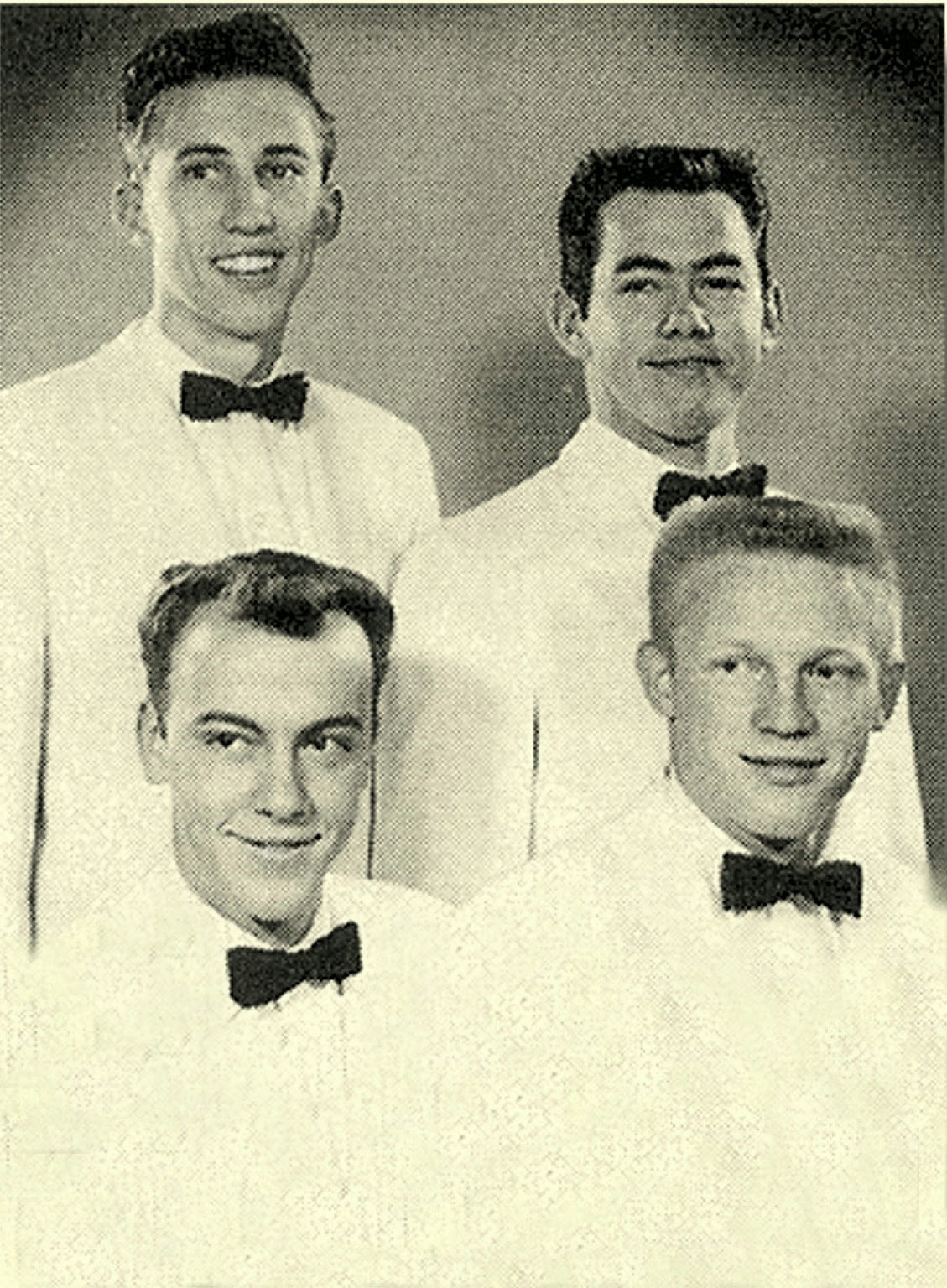 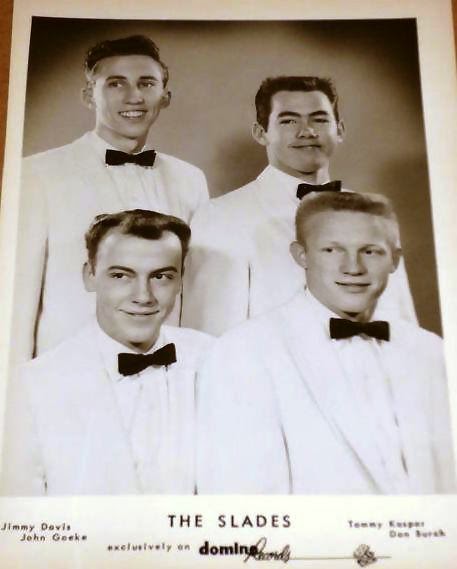 As The Spades they recorded one single for Domino Records_Baby/You Mean Everything To Me.(later re-released on Liberty Records).

In July of 1958 the group released as THE SLADES a original song_You Cheated. written by Don and charted # 42 nationally.

Ironically a black group The Shields covered this song for Tender Records and charted # 12 nationally. 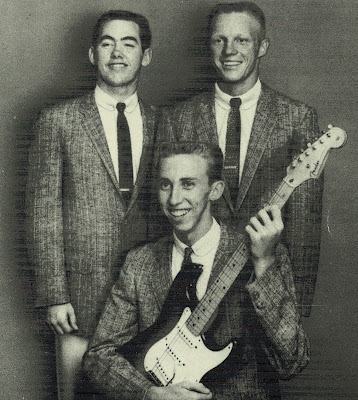 In 1959 they recorded an answer song called "I Cheated" as back up group a female singer
named Joyce Harris(see in this blog).

Late efforts by The Slades to break the charts with sound-a-likes to their only hit quickly disappeared without any further success.

As a trio the group backed to Ray Campi on his Domino recordings and stayed with Domino Records until 1960 where backed to domin'o artists as Joyce Webb(see in this blog).

-I Cheated/Do You Know What It's Like To Be Lonesome (By Joce Harris).DominoRecords-1961.

For complete information about this group visit;

The Slades consisted of, Don Burch, Tommy Kaspar, John Goeke, & Jimmy Davis. I see you listed a Jimmy Williams, but I believe his last name was actually Davis.