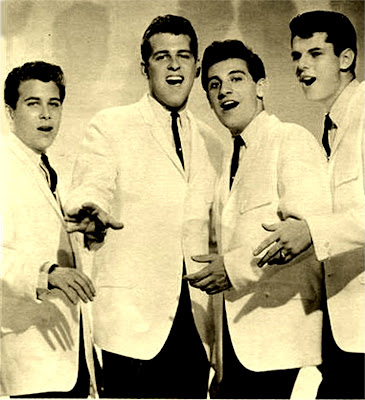 The Dovells originally formed in Philadelphia in 1957 as the Brooktones, taking their name from Overbrook High School, where each of the original members - Jerry Gross (aka Jerry Summers), lead and first tenor, Len Borisoff (aka Len Barry), lead and tenor, Mike Freda (aka Mike Dennis), second tenor, Arnie Silver (aka Arnie Satin), baritone, Jim Mealey, bass, and part-timer Mark Gordesky (aka Mark Stevens), tenor - attended classes. They began singing at local school functions and occasionally at John Madara's record store, located at 60th and Market Streets in Philly. (Madara had co-written "At the Hop" for Danny & the Juniors). 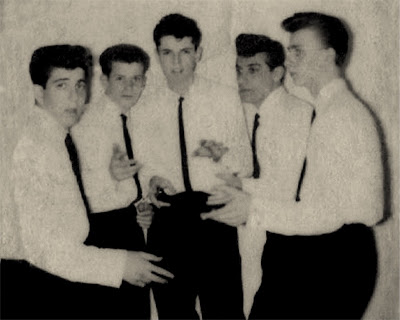 The Brooktones performed locally for the next few years and recorded a song called "No, No, No", which gained some recognition in Philadelphia, but the group had little success outside the immediate area and eventually disbanded. Summers and Dennis left to form a new group called the Gems with Mark Stevens and Alan Horowitz in the summer of 1960. In the meantime, Barry and the other Brooktones were negotiating to sign with Bob Marcucci's Chancellor Records (home to teen idols Fabian and Frankie Avalon), adding William Shunkwiler and Jerry Sirlin to the group.

In December of 1960, after a live audition for Cameo/Parkway, they were quickly signed to the label. Barry later asked Summers to come back and help out on the harmonies and at Summer's suggestion, Mike Dennis also joined the group as well. They were now back to the core group. Cameo exec Bernie Lowe wanted a new name for the band and suggested the Brooktones change their name to the Deauvilles (after the Deuville Hotel in Miami Beach). The boys didn't object to the new name, but thought it was too hard to spell and changed it instead to the Dovells. 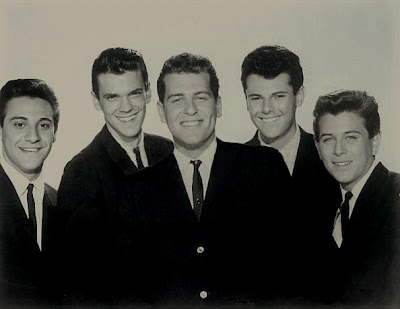 In late spring, the quintet returned to Cameo's studios to record their new "A" side: the 1957 Teenagers ballad "Out in the Cold Again". While this session was proceeding, Parkway promotion man Billy Harper entered the studio, excitedly talking about a new dance kids were doing called "the Stomp" at the Goodwill Fire Hall in Bristol, just outside Philadelphia. Jerry remembers, "Billy put on a student's record of "Everyday of the Week," and you'll notice the guitar riff at the beginning sounds familiar, and that's what they were dancing to. Kal and Dave said "hey, we should write a song called 'The Bristol Stomp'" and they did overnight. (and practically over "Everyday of the Week".) They came in the next day and said, 'Let's record this'. "Out in the Cold" became the "B" side. 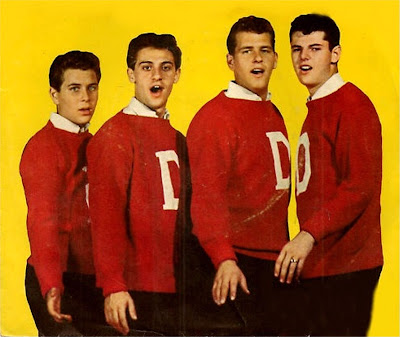 "Bristol Stomp" spent the better part of the summer of 1961 doing nothing, and then it broke out of the Midwest. On September 11th "The Bristol Stomp" gained enough momentum to go national and by October 23rd was the number two seller in America according to Billboard and the number one seller according to Cash Box. "Bristol Stomp" also reached number seven on the R&B chart.

Parkway felt that they had found the Dovell's niche, and followed "Bristol Stomp" with "Do the New Continental." The song had the same kind of dance orientation and made Billboard's Pop chart on January 27, 1962, and reached number 37. In fact, their next three singles were all dance titles that all charted, including "Bristol Twistin' Annie", number 27, "Hully Gully Baby," number 25, and "The Jitterbug," number 82, all in 1962, giving them five different charters to five different dances in a little over a year.


After the sub-standard "Save Me Baby" in January 1963, the Dovells came back with a powerful tune called "You Can't Sit Down." By the summer, it was one of the top songs(#3) in the country, both Pop and R&B.

Their next single, "Betty in Bermudas" was another goodie in the "You Can't Sit Down" vein, and the Kal Mann/Dave Appell-penned song (the writers of many Dovells recordings) was a perfect summer rocker. Unfortunately, by the time it built up enough steam to chart, summer was already over, and it only managed to climb to number 50. 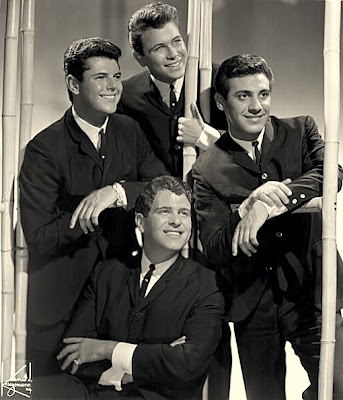 During this time, the band heard a tape of an English group's record leased to Swan Records. The Dovells and Parkway thought the song was a natural for them and immediately recorded it, but procrastination on Parkway's part cost them a hit. The English group was the Beatles and the song was "She Loves You." The Dovells' version was never released and to this day is sitting in a vault somewhere.

On tour, The Dovells backed up Fabian, Chubby Checker, and Jackie Wilson and often recorded as an unaccredited vocal group behind Checker (that's them on the hit "Let's Twist Again"). They toured continuously, until tensions arose and ultimately exploded at a Christmas show performance in Miami Beach in December 1963. Over differences in direction, Len Barry quit the group. 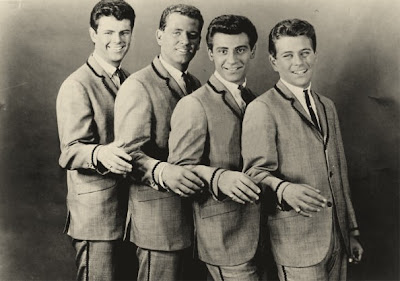 Now down to a trio, the remaining Dovells recorded three flop singles in 1964 but toward the end of 1965, they appeared in the film "Don't Knock the Twist", appearing alongside Dion, Chubby Checker, and the Marcels.

With the music scene dominated by English artists, harmony groups like The Dovells were out of fashion in the mid-sixties.

they also recorded for mgm in 1968 as the magistrates.