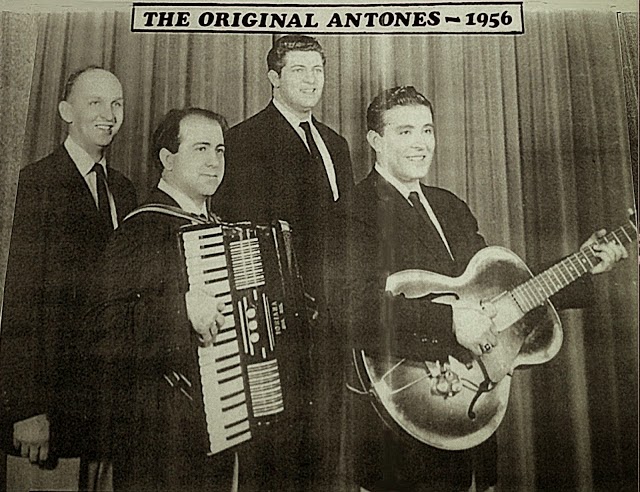 On april 14, 1956 Joe “Farr” Pizzoferrato,Paul Visyak,Peter Graceffa and George Regan (all in their twenties and employed by the pennsylvania railroad) from the small Ohio community of Mingo Junction started the white vocal group know as The Imperials at the pennsy family club in Weirton, West Virginia with a sound similar to the Ink Spots or Mills Brothers.

On  may 19, 1956 the group perfomed for the Pittsburgh chapter of the pennsy family club at the Siria Mosque in Pittsburgh. After the show George left and was replaced by songwritter/accordonist Chatta Anthony Johnson. In june 1956 the group appeared on the Virginia Griffen show aired on WSTV-TV in Steubenville, Ohio without an group name (in this time their name, Imperials don’t were available), after the show the group was named The Dreamers and signed Joey’s aunt and uncle, Chris &Doris DeCeaser as their managers, The group moved to New York and signed with Athena Dallas who send the group to Atlantic and King Records without luck, in this time the group changed their name to The Antones by Chatta’s beauty shop “Antoines”. 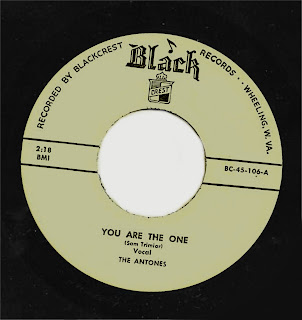 On october 4, 1956 The Antones signed with Blck Crest Records where recorded_You Are The One. and the Joey’s tune_Jeanette (finally pressed only as_Jenette).The label pressed 2.000 copies and the A Side charted #3 on Jay Michael top ten survey from the WCAE in Pittsburgh, the group participe in many local shows. 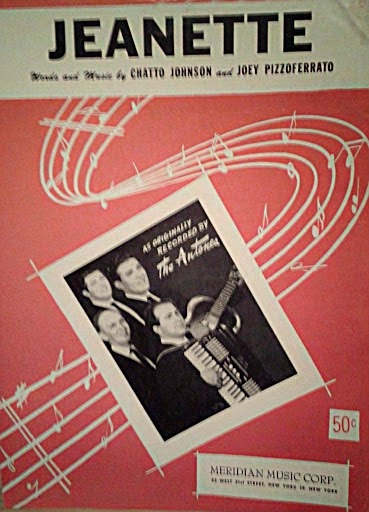 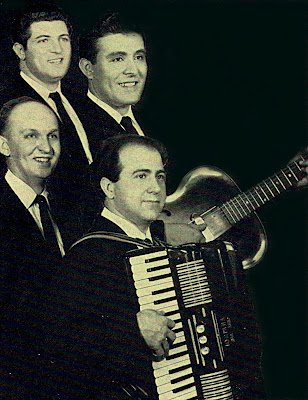 On november 13, 1956 in the Black Crest studios in Wheeling recorded_Time For Love/All Of My Life. But the label don’t release these sides.

On november 30, 1956 auditioned for General Artists Corporation in Cincinnati, Ohio and signed a three day engagement at the Cabin club in Cleveland , Ohio. In December 1956 their song_You Are The One. reached number one in many radio shows and the group have again great live appearances (the song was covered by country singer Carl Smith). When th group know the label sold their masters songs to RCA (Julius LaRosa released_Jenette) the guys reclame their material and broke with Black Crest Records, the group auditioned for Columbia,Epic and RCA without luck.

In juanary 1957 The Antones send five demos songs to George Henry of Reserve Records in Cleveland, Ohio, he liked the sides_Time For Love/All Of My Life. And signed the group, this re-recorded with a calypso sound the two sides but disgusted with this sound broke their relation with Reserve Records and Chatta left the group. 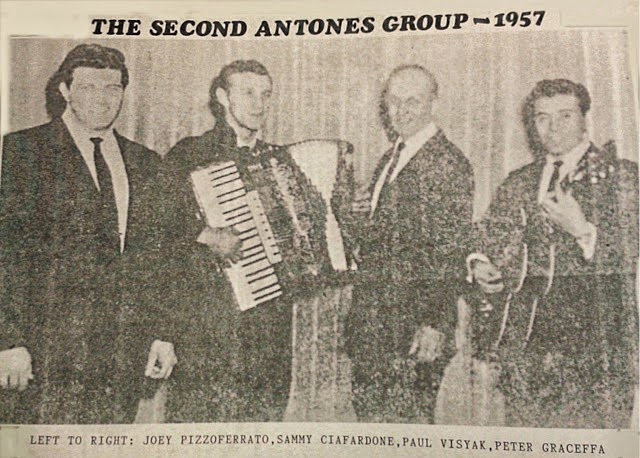 Finally on april 3, 1957 Black Crest Records released the sides_Time For Love/All Of My Life. But the disc dead soon by the nule promotion and by the “old sound” of the group in these days of the Rock & Roll sound. The group add Sammy Ciafardone (see above picture) and singing locally but finally in august of 1957 disbanded. 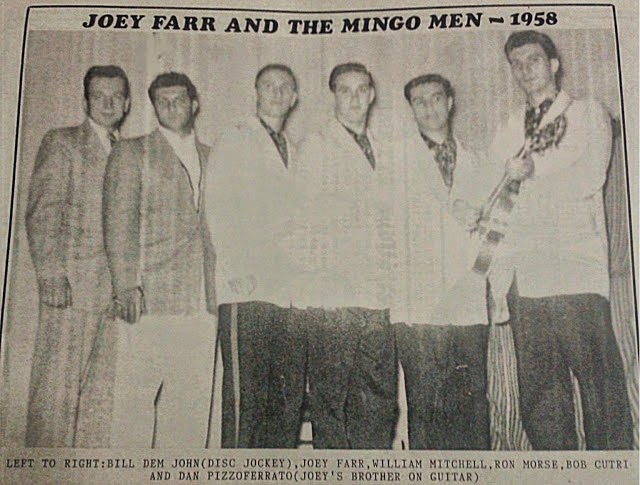 Joe “Farr” singing with The Mingo Men and recorded in 1958 under his name for Eagle Records.

Chatta Johnson was the songwriter for 2 songs my father Richard Melari sang on the Kimm 45rpm label back around 1959, called Zippy Zippy Du and In Napoli. My Dad was a famous and talented singer/impressionist from Cleveland, Ohio who traveled with Horace Heidt all over the world between 1948-1951. He often spoke well of Chatta and what a good songwriter he was. In Napoli is a beautiful song sung partly in Italian while Zippy Zippy Du was a fun song about a monkey in a zoo. Nice to see Chatta getting his recognition!