THE CLIENTELLES_Church Bells May Ring 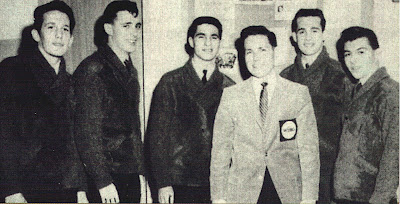 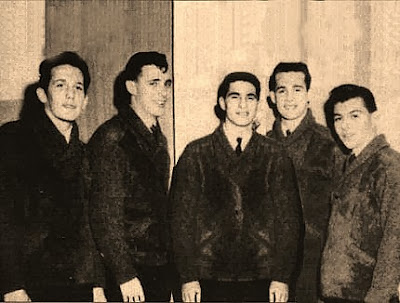 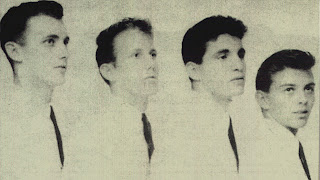 Four of The Clientelles;Tommy,Jimmy,Chuck and Mike.

Read a brief bio of the group from the book...

The Clientelles formed in Upper Darby, Pennsylvania, in 1960. Group Members changed frequently. Once they were in place, the members shown above became dedicated and practiced religiously for three years at the home of their manager, who eventually took them to a club in North Philadelphia where they were quite sucessful. the Club, however had different intentions.

Without their manager present, group members and their parents met with one of the owners of this club who asked that each member contribute 100$ to help launch their musical career. The group's manager was never aware of this and soon brought them to a studio to cut some demos. He paids $500 for their time and an additional $500 to a record pressing plant for the discs.

The Only thing he receveid was some 500 to 1,000 records pressed on the mysterious M.B.S records label. Although several other records are know to exist on the M.B.S. label, the situation with the Clientelles remains cloudy.

The Clientelles did many local shows to support their disc, but nothing positive was ever realized; there was no promotion, support, or airplay. By 1962, the Clientelles' entertainment career was finished.
Posted by Whitedoowopcollector at 12:02 AM