CATHY JEAN & THE ROOMATES_Please Tell Me 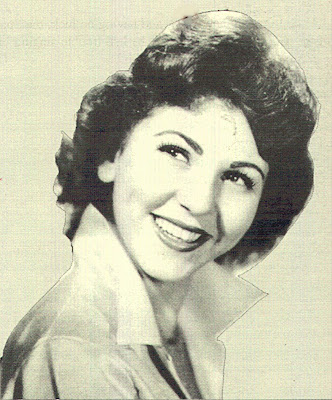 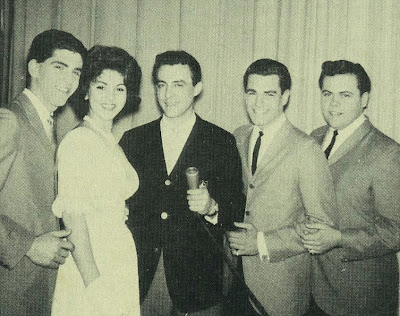 The manager of The Roomates and co-owener of Valmor Records Jody Malis was working with her new artist,Cathy Jean a fifteen year old chic from Brooklyn and singer of opera when she had an idea following the success of Kathy Young & The Innocents,She decided The Roo 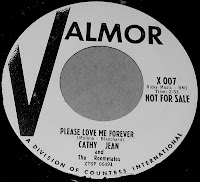 mates and Cathy recorded together.
Please Love Me Forever.original by The Sedates is recorded in 1960 by Cathy with the overbud chorus of The Roomates(Cathy and The Roomates never recorded at the same time.she did the voice track and the group would overbud the background a later date).The record became a local smash hit in New York and sold 253,000 copies.
Near the end of 1961 the group recorded the background for_Make Me Smile Again.with Cathy Jean,It was at this time that the first Lp of Cathy and The Roomates was cut entitled_At The Hop.with The Roomates songs on side one and Cathy songs on side two and perfomed_I Only Want You,Please Love Me Forever.with the boys among others.
The next record of Cathy & The Roomates was_Please Tell Me a cover of a Youngtones tune and this was to be Cathy's last recording with the group. 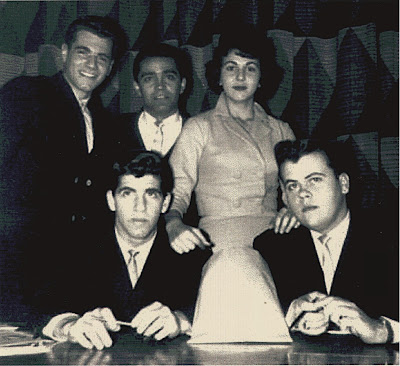 This song was recorded in 1962 for Valmor Records.

Posted by Whitedoowopcollector at 3:10 PM