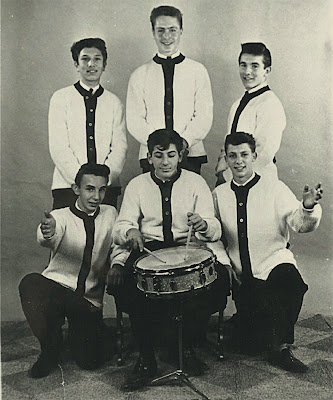 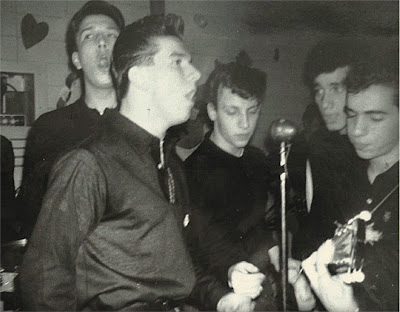 Really I don't know if this Suede's group is the same group that recorded in 1959 for Dart Records the sides_Don't Be Shy/Please Be Satisfied. 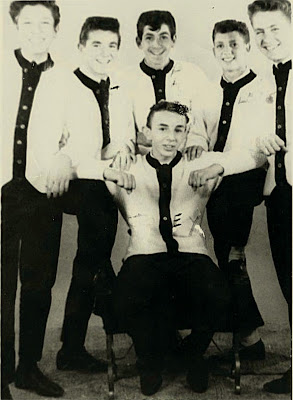 They have made numerous live appearances appearances at various local clubs around and recorded in 1959 several demos_My Prayer To Heaven / Girl To Love / You Are My Only Love / Bunny and_Ding-A-Long  (Our Wedding Day),Unfortunately these never were realised. The group disbanded in 1961.

See in this blog; HAROLD & THE SUEDES. 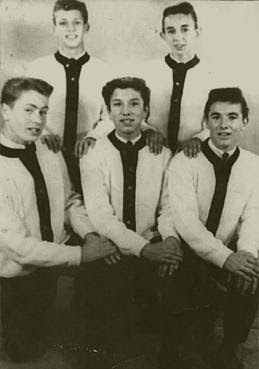 Two of the original members of The Suedes, John Oswald and Joe Inzirillo,  with Lou Caporusso who was an original member of The Vivids from Ozone Park Queens and other members created a group in the 80's  under the name of The Revivals. They re-recorded _My Prayer To Heaven / Oh Please. on Avenue D. Records and other singles and albums in the late 80's early 90's.


Posted by Whitedoowopcollector at 3:50 AM

I receive this information from Suede's member Joe Inzirillo...

Sir, I was looking for some information on the internet and saw my picture from 1959 with my group called "The Suedes". Along with the pictures were some u tube videos of some of our recordings, Bunny, Girl to Love and some recordings you dont have like Ding a Long, You are my only love, and the first recording of My Prayer to Heaven. It was really nice to see our photos and to see that someone really liked our sound. There were some on your site and some on another site from Austrailia. My name is Joe Inzirillo the lead singer on those recordings we were from Canarsie Brooklyn NY. Some of the members are still alive and still singing like myself and John our baritone. The base singer on the recordings Russ has passed. Our drummer Phil and guitar player Joe L. are still performing today in other bands. We were still doing do wop shows all over New York and tri state area up till last year. Imagine that 50 years of singing do wop, how luck are we!.