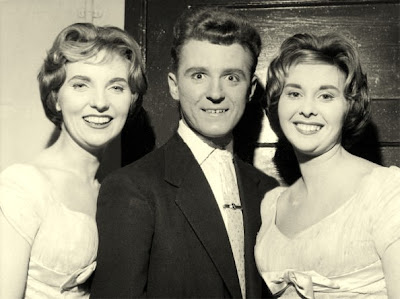 In August,1956 in England two girls became sisters-in-law Valerie and Ellien Murtagh sang together at home just for fun but discovered that they could blend their voices in harmony and decided to enter talent contest as The Avon sisters. 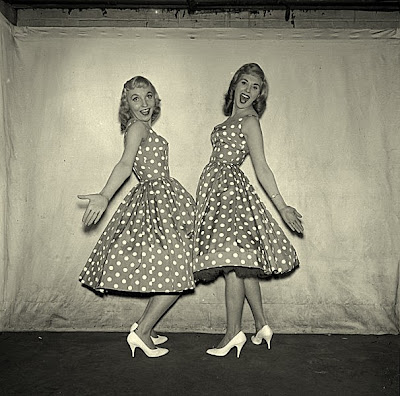 Above; rare picture of The Avon Sisters.

The girls made a dozen contest appearances before receiving the offer of a recording test from EMI and finally a record was made_Jerri-lee/Baby-o. on columbia Records this release give life perfomances in diverse shows as jack Jackson Show,Music Shop,Vere Lynn Show o the six-Five Special Show. 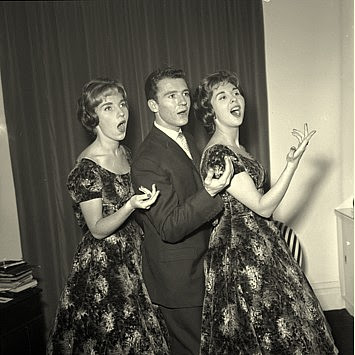 The duo were limited in their life acts and decided added a new member Ray Adams and Changed their name simply as The Avons. 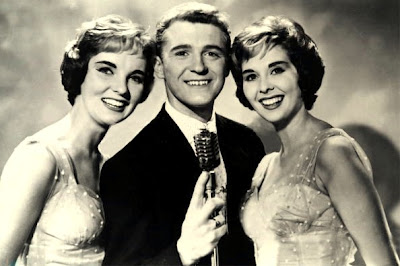 Their first single under the new name, a cover version of Paul Evans' "Seven Little Girls Sitting In The Back Seat" in 1959, gave them their only UK Top 20 chart entry.

The light-pop trio had three minor hits and last charted with a cover version of "Rubber Ball" in 1961. In 1962 a song they had written, "Dance On", became a UK number 1 instrumental hit for the Shadows and it returned to the Top 20 the following year with a powerful vocal version by Kathy Kirby. They recorded for Decca Records in 1963 and Fontana Records in 1964 but had no other hits. 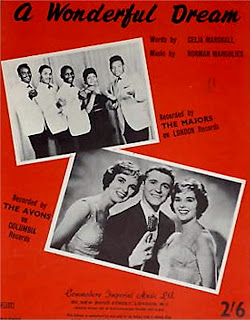 In 1962 they recoded the European Doo Wop version of The Major's classic_A Wonderful Dream.

To Listen or Download please visit;http://www.box.net/shared/xem13tgp35
Posted by Whitedoowopcollector at 12:56 AM