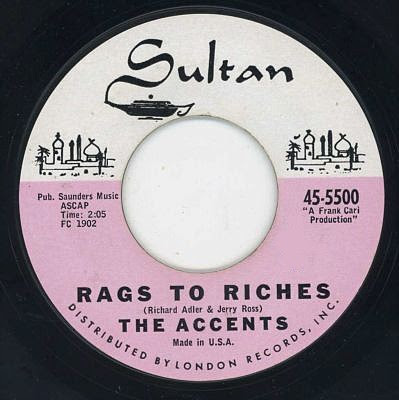 Ian Kay born in Manchester,England and when he was a kid your family moved to Brooklyn,NY. In 1957 at the age of 16 singing for a brief time with The  Linc-Tones (see in this blog) after Neil Sedaka left the group.  Later Ian have his own group formed in the section of Flatbush,The Vocal Kings consisted of  Howie,Wally;Johnny and Ian.unafortunelly they never recorded.

Below The Vocal Kings. 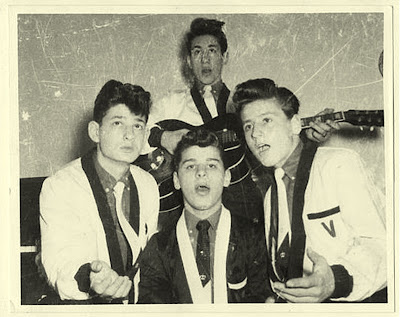 In 1960 Ian were a student at Eramus and Lincoln High School on the Bordwalk of Brigton Beach in Brooklyn and with others schoolmates formed a new group under the name of The Dreamers consited of Shelly Weiss(1st tenor),Ian Kaye(Baritone),Allan Senzan(2nd Tenor) and Mike Lasman(Lead). Mike recorded in 1958 as lead singer of Mike & The Utopians on the Ceejay label and Shelly recorded with Bobby Roy & The Chord-A-Roys(see in this blog).

The group singing on the Flatbush avenues where Jerry Halperin owner of Halperin music discover the guys and became their manager,Jerry send the group to subsidiary Carlton label,Guarantedd Records in New York where recorded in 1960 a popish disc with the standard_Canadian Sunset. And the B Side_Mary Mary. with these pop sides and one poor promotion from the label the disc dead soon.

Without success the group changed their name to The Accents and their sound,auditioned for Sultan Records with the standard_Rags To Riches. And the old jewish ballad_Where Can I Go. (this tune have a middle section sang in hebrew),the label released the tunes in 1963 and the A Side soon was a local hit,the group appearead in an Alan Freed show at the Ambassdor Hotel in the Catskill Mountains. 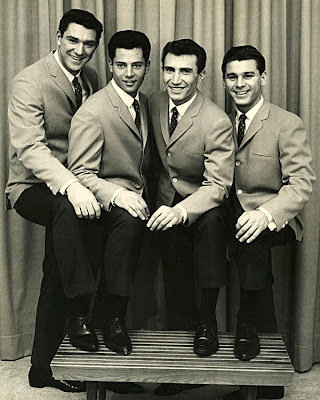 
The group back up to Scott English on his 1963 Spokane’s sides_High on A Hill/Heres Comes The Pain/All I Want Is You. And finally broke up.


Ian and Allan were part with The Del Satins of the Dion’s back up group on his 1964 hit_Ruby Ruby. Shelly singing wityh Jay & The Americans and became their manager for a brief period in 1965.