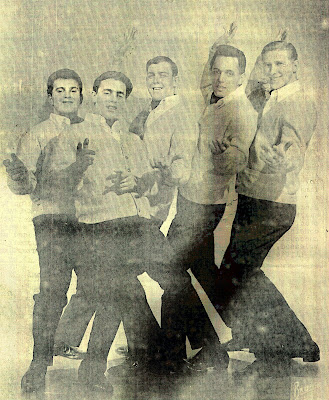 Tommy was the lead singer on The Motions 1961 Laurie recording's_Mr. Night/Make Me A Love.(see in Group History secction).

The Splendors recorded in 1963-64 some sides for Vinny Catalano Whishire label but these never were released.
Posted by Whitedoowopcollector at 9:21 AM