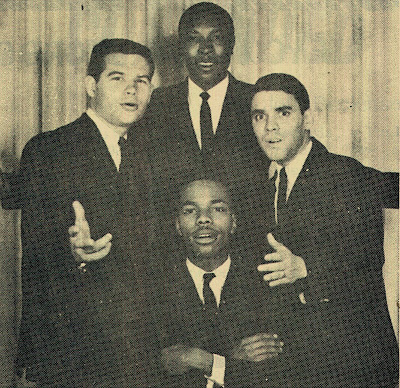 In 1960 Louie Lymon of The Teenchord's fame and brother of Frankie Lymon auditioned as a solo artist for Columbia Records and for the Dinah Washington agency but nothing resulted from these contatcs and Louie went with The Townsmen(replacing original lead singer Bobby Rivera of The Hemlocks fame).

The group consisted of Louie Lymon(Lead),Louis Vasquez(2nd Tenor and Lead),Ralph Ramos(1st Tenor) and McDuffy"Mac"Swaggart(Bass).The group had an audition at the Copa Cabana,the manager of the club licked the group and send this to PJ Records(subsidiary of Rhythm International) where they recorded one single in 1961...

-I Can't Go/That's All I'll Ever Need.
Louie was the Lead in the A side and Louis Vasquez did Lead on the flip. 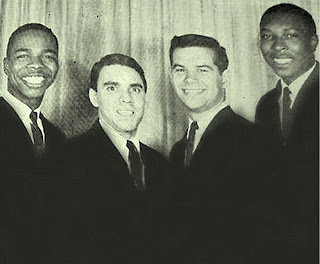 When the record failed in the charts The Townsmen ask to Frankie Lymon if he want sang with they but Frankie had a problem:he was no punctual and wasn't easy to work with. this ended Louie's musical aspirations he did not consider singing again until 1971 when he reformed The Teenchords.
Posted by Whitedoowopcollector at 12:00 AM