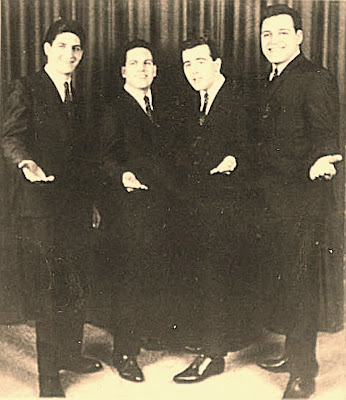 The Hi-Tones were formed in the early 60's, from the Federal Hill section of Providence the group members were Richard Orabona,Chubby Lolli, Freddie Morocco plus guitar player, vocal and music arranger Dominic Orabona.

The Hi-Tones styled themselves after groups like the Four Freshman and the Hi-Lo's, The group never released any music but were featured in many supper clubs in R.I. and Ma.

The group disbanded around 1965.