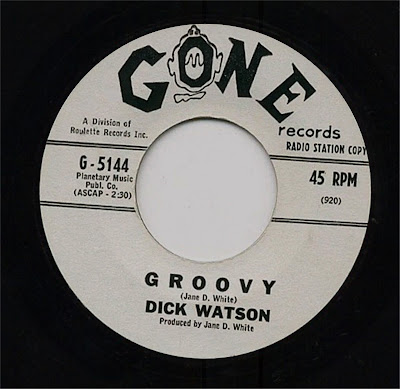 In February of 1963 recorded in the Allegro Studio 1650 Broadway,New York the sides present in all the doo wop guides_Be On The Lookout For The Woman/Groovy. for the George Goldner's label Gone Records who released one single only credited to Dick Watson.

Below The Crescents appearance on the Ted Mack Amateur Hour April 29th 1962.

Front from left;Alan and Paul.
Back from left;Sal,George and Dick. 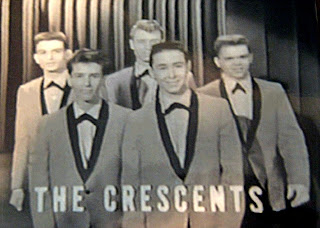 Posted by Whitedoowopcollector at 8:30 AM