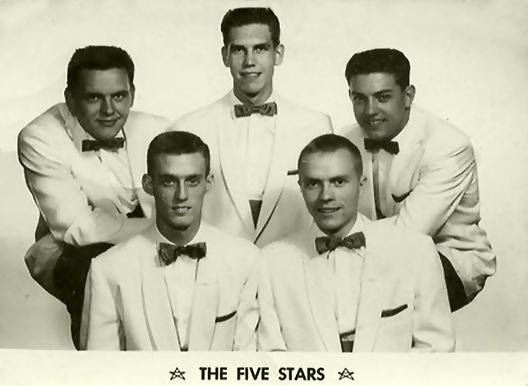 This Five Stars group was from Indianapolis, IN and consisted of Jim Bruhn, Bill Campbell, Larry Hoffman, Bruce Miller(later replaced by Boyd"Popcorn"Johnson) and Ron Russell (Lead).

Also back up to Dottie Fergerson on the 1958 Kernel Sides (later re-released on Mercury)_Slow Burn / You And Me And Love.

Back up to Ronnie Haig on their 1958 Note single_Don't You Hear Me Calling,Baby / Traveler Of Love. (See in this blog). 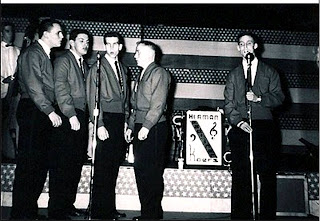 They performed  on Dick Clark's American bandstand show_PICKIN' ON THE WRONG CHICKEN in March, 1958 along with the flip side, DREAMING.This was their only performance on Bandstand. 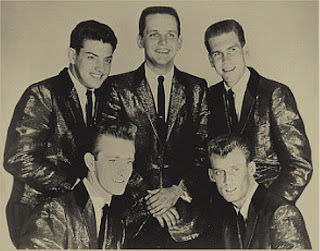 Posted by Whitedoowopcollector at 4:25 AM

I am one of the original Five Stars. I don't know who the group is singing Sweet Names on this page but I do know it is not our group. The Herman brothers had quite a few groups that they recorded on Note label and some were never released. This particular one does not belong on this page. Thank you.
Bill Campbell

What name are they singing in the background sir? Is it Brianna?

What name are they singing in the background sir? Is it Brianna?