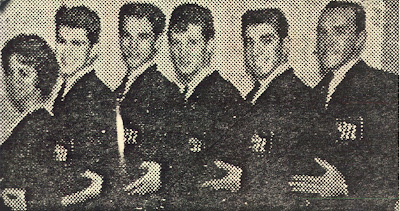 White group from Penn Hills (a suburb of Pittsburgh) formed originally by Carl “Butch” Wetmore (Lead/1st & 2nd Tenor),Bob Raci(Falsetto),Don Herbele(Baritone) and Charles Neff(Bass) under the group name of The Montclairs. They practice at the Penn hill high school and soon add schoolmates Fred Mantsch(Lead/1st & 2nd Tenor) and his girlfriend Annette Lodovico (Tenor Alto) but soon Don Herbele left the group and was replaced by Dominic Conte also in this time their name was modified to The Mon-Claires.

The group singing in many local shows and receive the attention of Joseph R. Tomaino and Joseph LoPresti owners of the new label, Joey Records. On september 11, 1961 the group signed a five year reording and management contract with the label. 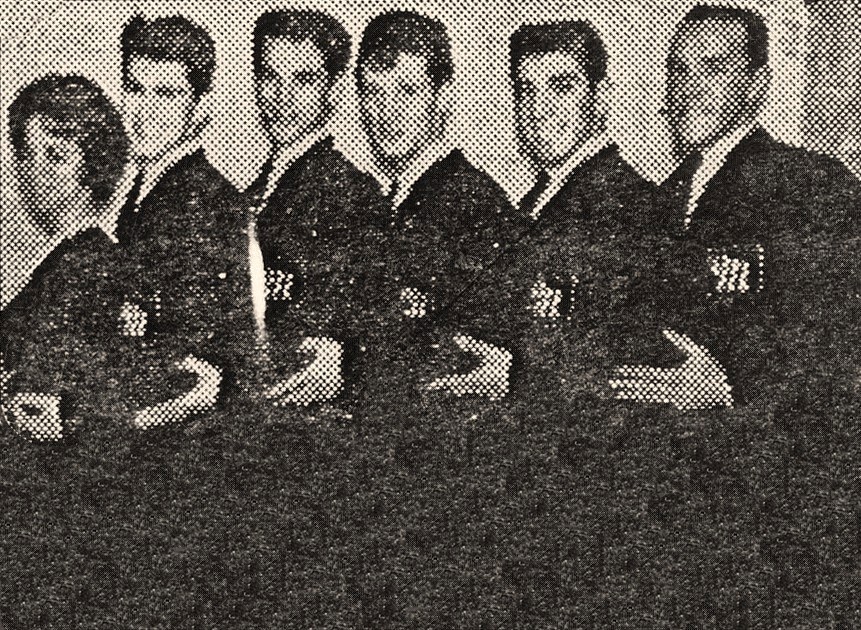 The group recorded the sides_Teardrops. with Fred on Lead and_Baby Sue. with Carl on Lead ( finally the A Side was renamed_Please Come Back). This was the first release of Joey records and with the innexperience of the label the disc only have a small local promotion.

The group participe in local shows incluiding TV shows but were nationally unnoticied and the members disgusted with the label broke their five years contract with Joey but the group disbanded without made another redcording.

In 1962 Fred recorded with the Four Dimensions on Kiski Records.
Posted by Whitedoowopcollector at 12:00 AM

Wow! I've been searching for The Mon-Claires for a LONG time and now they appear on The White Doo-Wop Collector's blog --- thank you so very, very much.