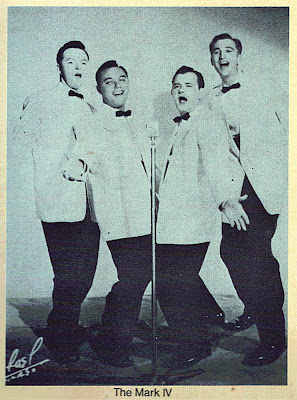 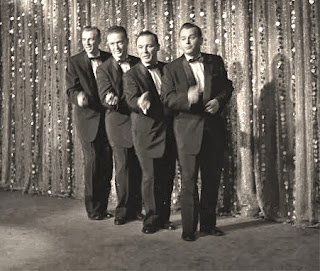 The Mark IV were a Chicago-based group consisted of Bob Peterson,Leon McGeary,Williams Thomas and Michael McCarthy originally named "The Rhythm Maker's", when the fan's didn't get the meaning they changed to "Mark V" as members left the group they changed the name to "The Mark IV". 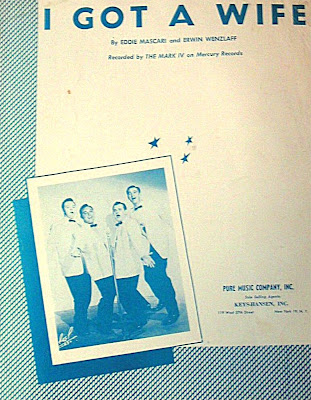 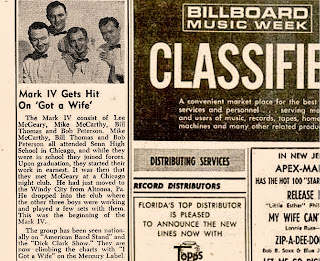 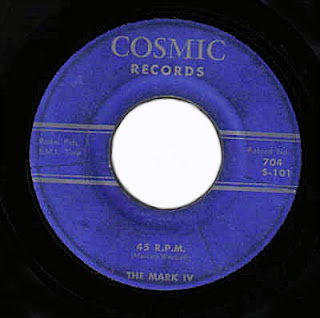 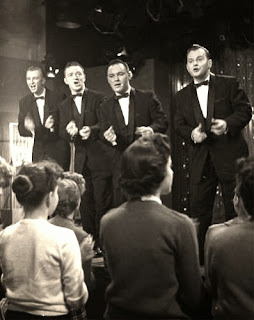 Posted by Whitedoowopcollector at 9:18 PM

The Drummer Mike McCarthy was my Uncle!

The lead guitar Bill, was my grandpa.