THE CORDIALS_Oh How I Love Her 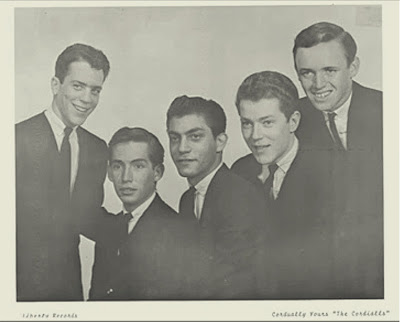 In 1963, At the New Rochelle High School, "The Cordials" made their first appearance. They were billed with the "Four Seasons". Before that night, they were split up in two different groups know as "Denny and The Aragons" and the "Cordials". When this two groups broke up, five of the boys formed one group and retained the name of the Cordials. 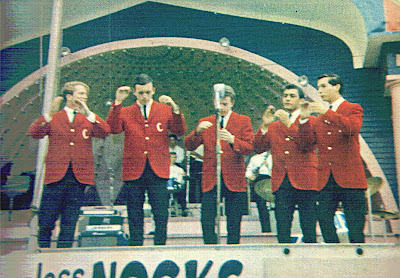 Their first records entitled_Oh How I Love Her / You Can't Believe in Love. was released in 1965 on Liberty records. This recording was done in the Sta-Phillips studio in the Americana hotel on broadway in Manhattan. This is the studio that the Four Seasons did all their recording in. The guy who wrote this song for us is Neil Levinson who wrote the song "Denise" for Randy and the Rainbows.Before cutting their first record, they won the second prize in a contest at the famous Apollo Theatre.

To Listen or Download_Oh How I Love Her ,please visit;http://www.box.net/shared/837uttvdop

In 1968 The Cordials release an Acappella Lp on The Catamount Label called"Acappella Blue Eyed Soul"... 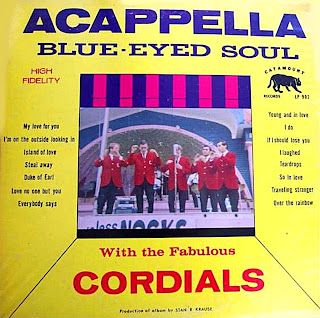 Posted by Whitedoowopcollector at 4:28 AM