THE ROSES_I Kissed An Angel

2-3-59 in the day music died the only vocal group to travel and perform on stage with BUDDY HOLLY. 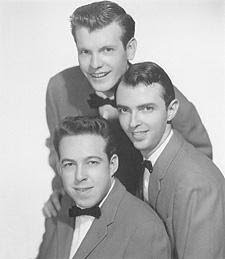 David Bigham (front left) Robert Linville (back) Ray Rush (right).the group hailed from the towns of Andrews & Odessa, TX & had originally backed up Roy Orbison on his Sun recordings. Being that Roy used the Clovis studios, it was through him that they were introduced to Norman Petty & became session vocalists there for many years. Replacing The Picks, they were used as the backing group for Buddy & The Crickets' recordings for most of 1958. They appeared on: Think It Over, Fool's Paradise, Lonesome Tears, & It's So Easy. They also did backups on JI's recordings as "Ivan" of "Real Wild Child", "Frankie Frankenstein" & "That'll Be Alright".They sang "Real Wild Child" with JI (Ivan) at the recording in 1958, and not again until the Surf Tribute in February 1999. "I forgot how that one went!" said David. 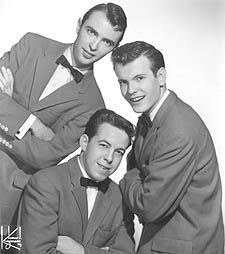 They also did late'58 recordings with The Crickets after Buddy left for New York as well as appearing on recordings with Buddy Knox, Waylon Jennings, Jimmy Bowen, Bobby Vee & many more Petty Studio recordings during 1958-1959. So many in fact that Robert & David assume they recorded approx. 150 tracks (they were recording multiple sessions per day!) and they have not been able to keep track of all of their recordings.As "The Roses" they recorded 3 singles on the Dot label, two as Don (Lanier) & The Roses, and one as simply "The Roses", being Norman Petty's "Almost Paradise" composition.The Roses were the only group to actually tour with Buddy & The Crickets as backup vocalists for 16 days of the fall edition of Alan Freed's Show Of Stars 1958. Near the end of that tour was the last time Robert & David saw Ray Rush. "Ray was late for EVERYTHING. The shows, when we had to leave, recording sessions...everything. 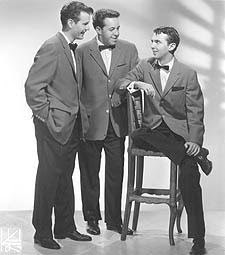 The Roses were present in the doo wop guides with...

Listen _I Kissed An Angel.

Posted by Whitedoowopcollector at 1:21 PM