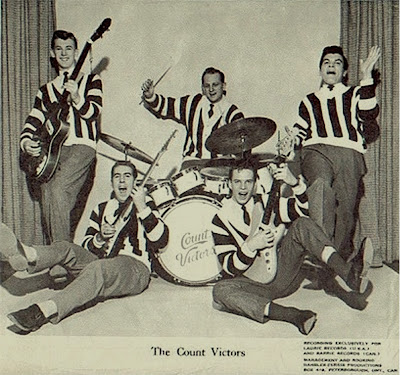 Another Rock & Roll band listed in the the Complete Book Of Doo-Wop.Originally called The Teen Lords,the Count Victors were peterborough's,Ontario,Canada First rock band too be nationally reconized.

The original group consisted of Freddie Munro on lead and rhythm guitar, piano and vocals, Terry Lathangue the group's leader on drums, Roy Bacon on vocals and background vocals, Bob Dixon on bass, and Garry Hansler on rhythm guitar and vocals. They had three records on the Canadian Barry label. 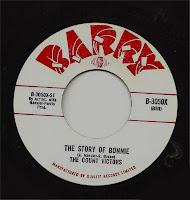 The Story Of Bonnie/Bye Bye Love.was released in USA by the Laurie subsidiary label Rust Records in 1961.