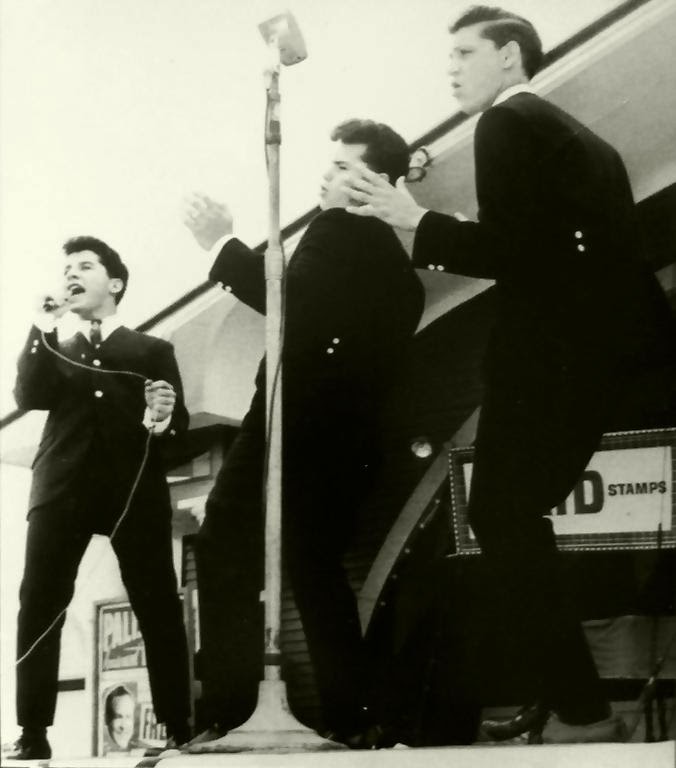 In the late 50s Paul Simon and Art Garfunkel wanted to be rock and roll stars in the worst way. For some reason they got more than their share of chances. Together or individually they were known as Tom & Jerry, Artie Garr, Tico & the Triumphs and also Jerry Landis. 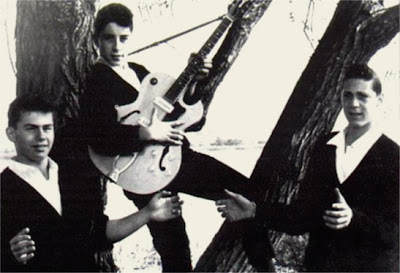 Tico and the Triumphs were a group Simon and several of his friends formed. "Tico" was Mickey Borack, while Simon kept his stage name of Jerry Landis, and the "Triumphs" included Marty Cooper, Gail Lynn and Howie Beck. 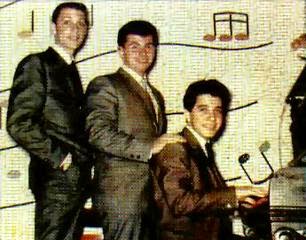 As Tico & The Triumphs.

As Tico(vocal by The Triumphs).

Unreleased 1962 Amy sides_She'll Be The One Who's Crying, Here Comes The Garbage Man, The Biggest Lie I Ever Told, My Little Girl. 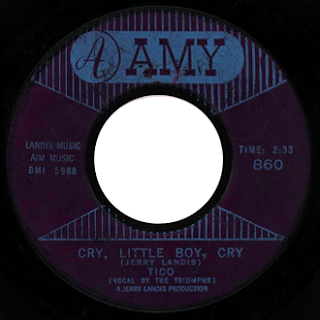 Read the complete story of Tico & The Triumphs here...

Posted by Whitedoowopcollector at 4:38 AM