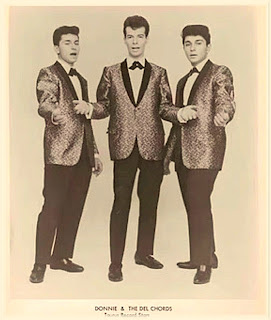 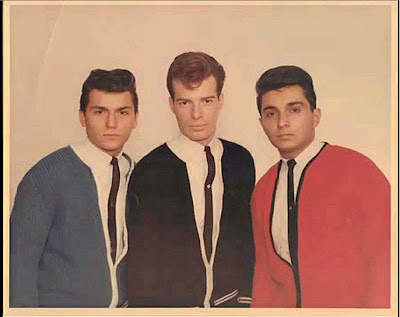 1961 in Brooklyn Donnie"Barto"Bartolomeo and his cousins Al and Santo Barbariano formed the vocal group Donnie & The Del Chords. 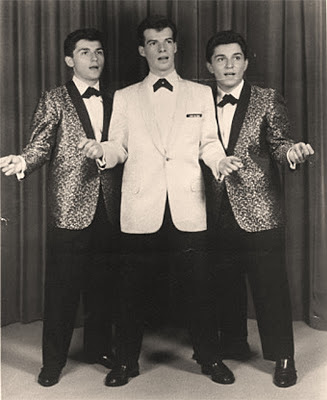 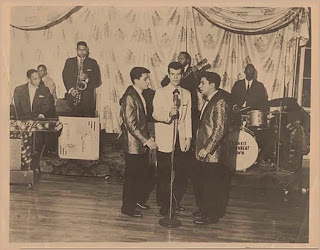 In 1961 recorded their first single for Taurus Records_When You're Alone/So Lonely. and have a regional hit with the A side.this song won WABC's Bruce "Cousin Brucee")Morrow's contest for best new artist release. The single was released by Epic Records for national distribution.

In 1963 the group with their band The Neons(see below picture) released four singles...

-I Don't Care/I'll Be With You In Apple Blossom Time.

-I Found Heaven/Be With You.

And one Lp"Sing With Triple Stereo" for Taurus Records... 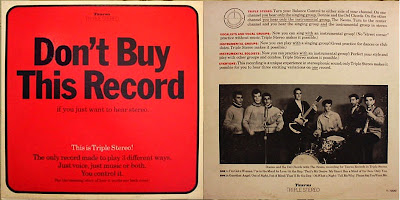 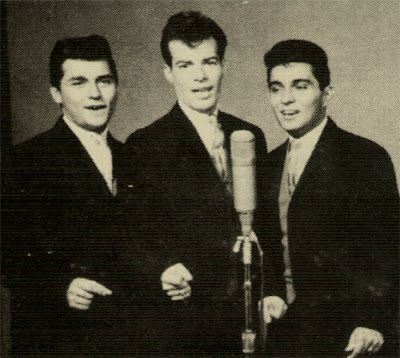 Donnie and the Del Chords started to record a second album in 1965.  Unfortunately, the group broke up and they never finished the LP.  It was finally completed recently to add to a new CD... 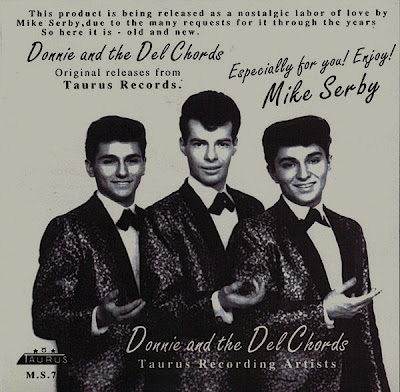 Posted by Whitedoowopcollector at 11:24 AM

donnie i went to school with you at p.s.34 and 126 i lived at 190 norman ave.i remenber you use to draw horses. my nick name on the block was doc i hung out with greg sentkewitz,billy radeska,dickey farley and frankie johnson..just wanted to say you and you cousons had great harmony i have your fist album i heard its worth a few bucks.i also heard you guys sing at your house on humbolt st.my name is robert rybarczyk if you have the yearbook from 126 maybe you remenber me.if you get a chance my e mail is bklyndoc7@gmail.com thanks doc