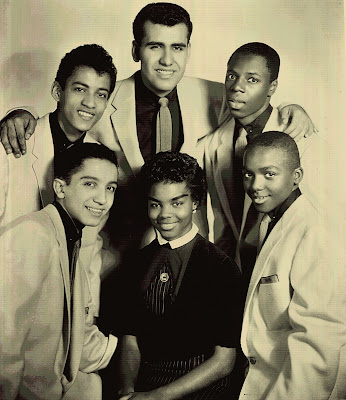 Another interracial group this from Celeste Records owened by David Levitt from the 43 Harrison Avenue in the Williansburgh section of Brooklyn.

In 1957 Celeste released The Minor's sides_Jerry/Where Are You.(reissued in 1965 on Mello Records). 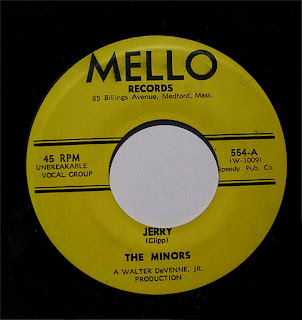 This recording was a Frankie Lymon type reviewed in Cashbox for March 23,1957 Hal Jackson played the record on WLIB in New York and _Jerry. was biggest in Philadelphia.initially only 200 45's were pressed and Celeste sent out about 100 DJ copies on each new release.

Benito,Raphael and Harry later recorded with Freddy Orange and Joe Robles as The Excels on Central Records the sides_Baby Doll/You're Mine Forever.

Posted by Whitedoowopcollector at 6:47 AM

another big one on your great site