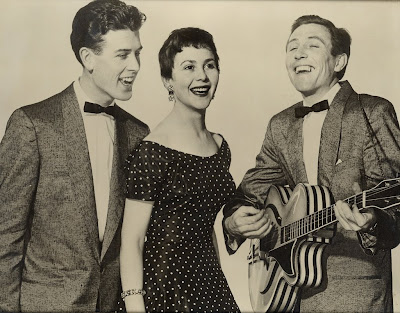 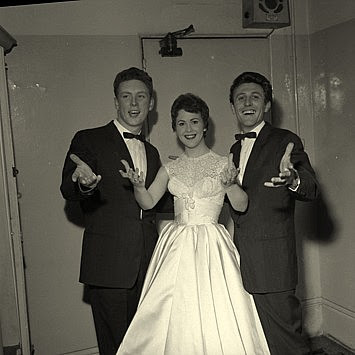 The Mudlarks were an English pop vocal group from Luton in Bedfordshire present in The Complete Book Of Doo-Wop with... 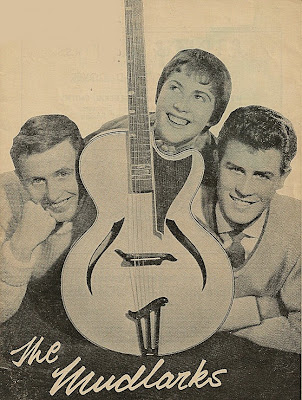 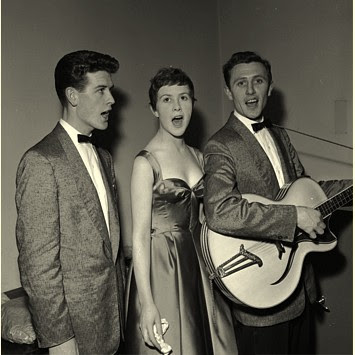 The group consisted of the brothers Jeff Mudd,Fred Mudd and Mary Mudd. they all had jobs at the Vauxhall motor plant in Luton, and spent their spare time singing together. In 1958 they attracted the attention of BBC disc jockey David Jacobs, who won them an appearance on the "Six-Five Special" TV show, and a recording contract with EMI's Columbia label. The Mudlarks' first release "Mutual Admiration Society" was unsuccessful, but their second, a cover of the American novelty song "Lollipop" originally recorded by duo Ronald and Ruby, and more successfully by The Chordettes, rose to # 2 in the UK pop charts. 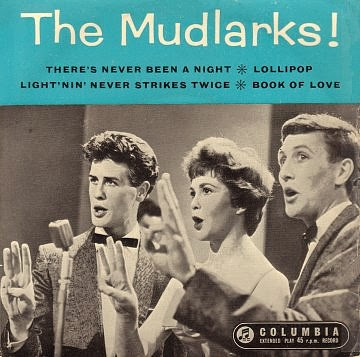 They followed this with another UK top ten hit, a cover of The Monotones' "Book of Love". At the end of 1958, the Mudlarks were voted top British vocal group.They continued to release records until 1964, but had no more hits.

Posted by Whitedoowopcollector at 3:10 AM