THE TIMETONES_Here In My Heart 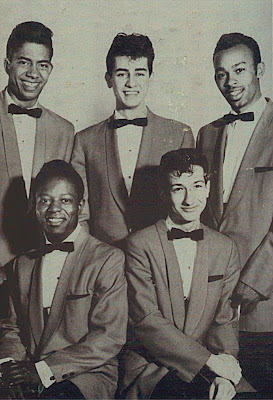 Another mixed race group.The Timetones from Clen Cove,Long Island.This group was given their name by Irving"Slim"Rose for the store's new label Times Square Records. 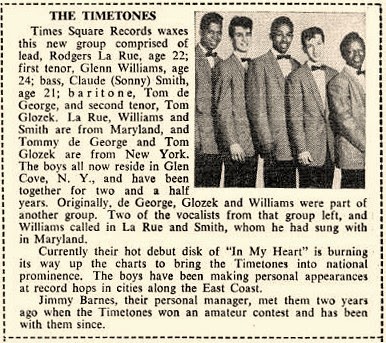 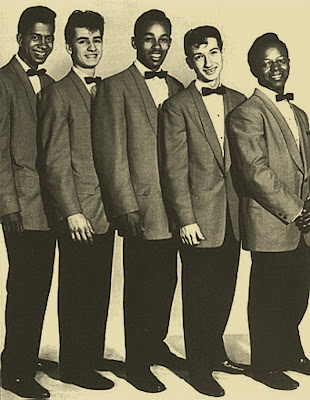 Group had a total of 8 releases. Two of these were acappella tracks.

Acappella cuts
"Sunday Kind Of Love"/"Angels In The Sky" '64 Times Square again in '66 on Relic.
Also in 1975 Monogram Records released an unreleased accappella side of the group under the name of THE ROLLING STONES(see in this blog).

When DeGeorge and Glozek left the group two new members are add and the group was a complety black group.

Posted by Whitedoowopcollector at 7:26 AM

Mixed race groups like The Timetones are the best groups in DOO-WOP music or
any group music.