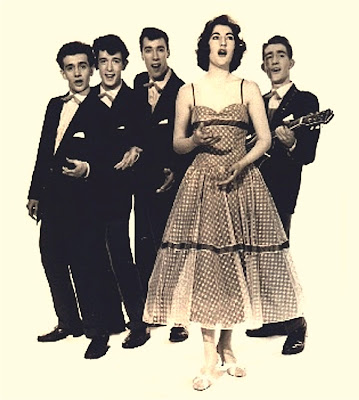 In his early teenager years Roger Cook singing vocal harmonies with schoolfriends in Bristol,England,they were know as The Harmonettes or The Honeycombs.
In 1958 Roger formed his real first vocal group The Sapphires with Gil Stevens,Grant Heywood,Vernon Merrick and Brian Holly.they win a national talent competition this recognition allows them to UK tours,cabarets and US air bases.

In late 1958 the group have a recording session at Stan's Record Centre at 5, Denmark Street in Bristol where recorded one EP with four songs_The Book Of Love,Why Don't They Understand,Let The Wind Blow And Down. and_Down By The Riverside. 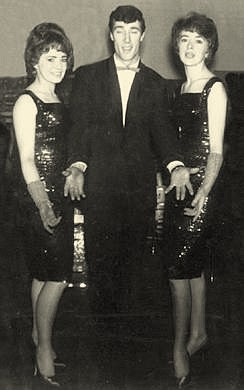 In 1959 the group broke up and Roger with the help of his friend and manager Harry Barter formed a vocal trio know as The London's consisted of Roger,Avril Woolcot and June Stevens(later June's sister Jill,join the trio).they never recorded and broke up in 1961. 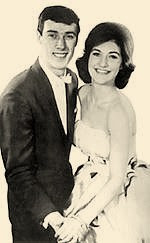 By a brief time Roger was part of the duo Jon & Julie(Roger and Jill Stevens) and recorded for Columbia Records . 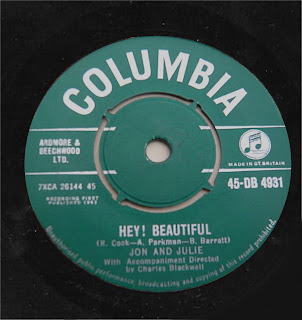 in 1964 Roger join the vocal group The Kestrels(see in this blog).when The Kestrels broke up Roger with Kestrel's member Roger Greenaway were at nº 1 with The Fortunes tune_You've Got You Troubles. written by Cook & Greenaway team.
Posted by Whitedoowopcollector at 10:02 PM