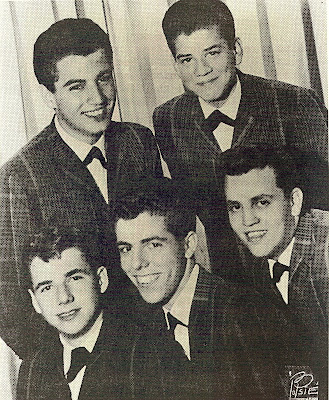 This group from Astoria,Queens,NY. started as a sextet in 1960 but soon Billy Crache and Ray Herrera left the group.the quintet consisted of Ray Sanchez,Bob Hovorka,Joe Pardo,Frank Pardo and Bob Weisbrod.

The Devotions auditioned for Bernie Zimming owner of Delta Records.he liked the boys and the group recorded in 1961 a reworking of an old standart_For Sentimental Reasons. and the Ray Sanchez original tune_Rip Van Winkle. but with poor promotion and poor sales Bernie sold the master to Roulette Records. 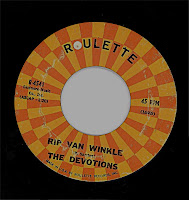 In late 1962 Slim Rose started playing_Rip Van Winkle. on his oldies show and this song soon was nº1 on the Time Square Records Top 100 Sales this success moved to The Devotions a have great life perfomances,in this time Roulette re-released the Delta single but without success. 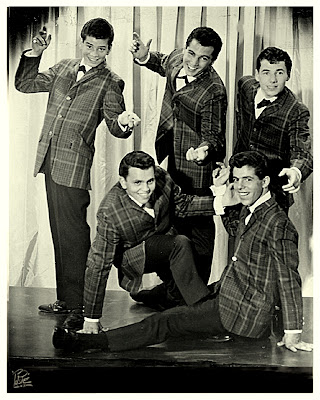 In early 1964 Roulette enclosed_Rip. in an oldies LP and this song have a great demand,Roulette re-released the 1962 single and sold 15.000 copies only in Pittsburgh and soon the song charted #36 in the Billboard list of 1964. 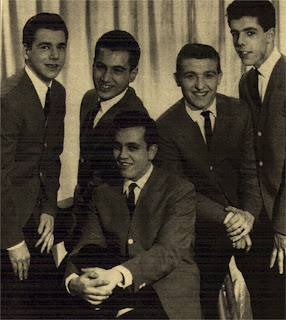 With this success the labell call to the group but in this time only Hovorka and the Pardo brothers continue in the music bussines they add new lead Louis DeCarlo and Larry Frank and recorded two new singles for Roulette Records_Sunday Kind Of Love/Tears From A Broken Heart. and_Snow White/Zindy Lou.

With the failure of these sides the group recorded as Marty & The Symbols(see in this blog) and finally disbanded in 1965.

Below rare french Ep of the group... 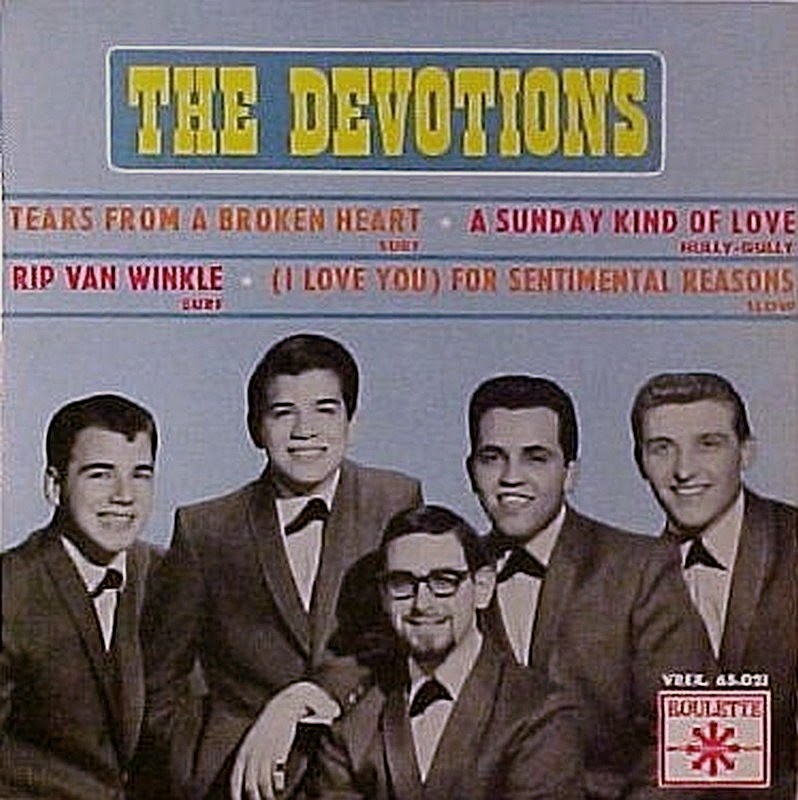 Posted by Whitedoowopcollector at 4:40 AM

Name is Walter Zappa who sang with Louie decarlo

Name is Walter Zappa who sang with Louie decarlo