THE DELL_COEDS ORIGINAL vs TWO VERSIONS 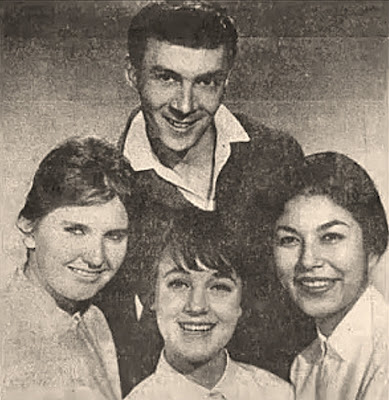 In September,1961 one obscure group from San Francisco,The Dell-Coeds formed by Janet Engen, Mary Ann Janovec, Linda Jonas and Richard George recorded on Enith Records the side_Love In Return. written by male member Richard George.(later re-released on Dot as (I Want A Little) Love In Return). 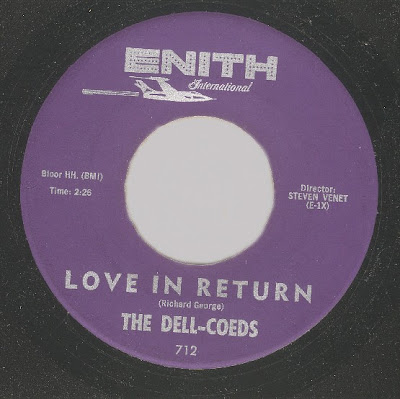 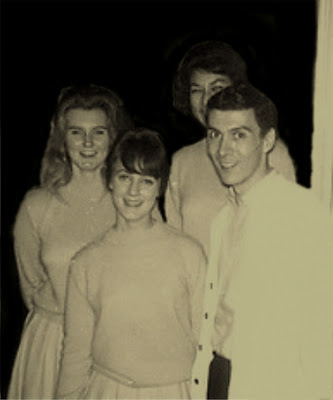 The B Side was_Mr. Banjo.

In February,1962 the black girl group The Sweethearts under the group name of The Nightingales recorded the first version(with The Dell-Coeds Vocal arrangement) of this song for Ray Starr Records. 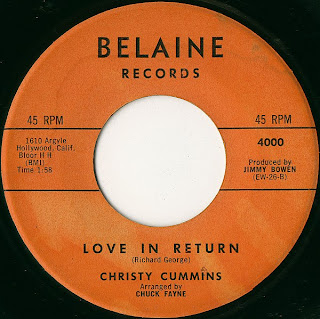 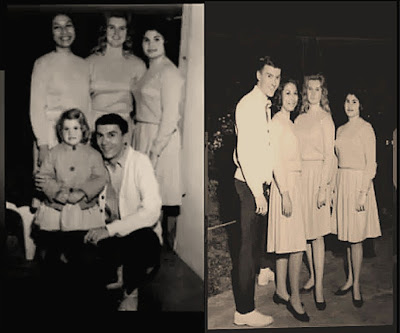 WHAT IS YOU FAVOURITE?.

Read a brief story about this song by Richard George from The Spectropop Group...

The original version of "Love In Return" was in September 1961 by my group, the Dell- Coeds on Enith International Records. It was produced by Steve Venet, brother of Nik Venet, who produced the Beach Boys at Capitol. We recorded at Gold Star Studios, where Phil Spector recorded many of his hits. Our record was then re-released nationally by Dot Records in January 1962. A cover record of "Love In Return" by the Nightingales (using the Dell-Coeds vocal arrangement) was released in February 1962. 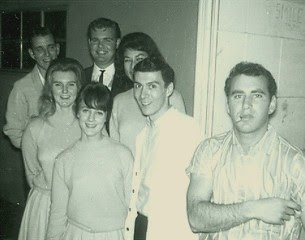 Above;Gary Dawson, Marc Nelsen and Ken Parker DJ's with the Dell-Coeds, in the first recording act to appear at John's Drive-In, January 1962.

Jimmy Bowen produced a new arrangement of "Love In Return" with Christy Cummins, in April 1962. She was then a student at Fairfax High School in Los Angeles. Because of some payola issues, the top 40 station in Los Angeles (KFWB) would not play the Dell-Coeds version of the song. However, their San Francisco counterpart (KEWB) gave it heavy airplay and sponsored our concert at the Cow Palace. 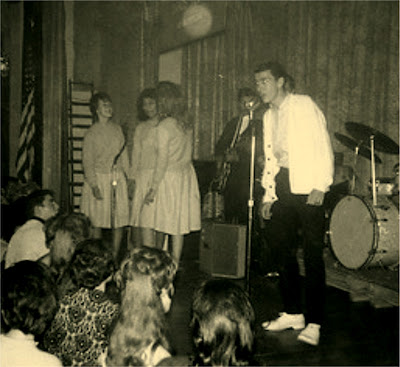 Posted by Whitedoowopcollector at 3:50 AM