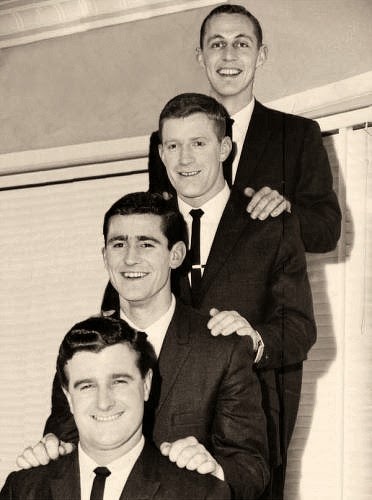 Another australian vocal group The Dominoes from Melbourne and consisted of(standing one behind the other);Neil Upfield,Des Jolley,Kevin Kidney and Kevin Jolley. 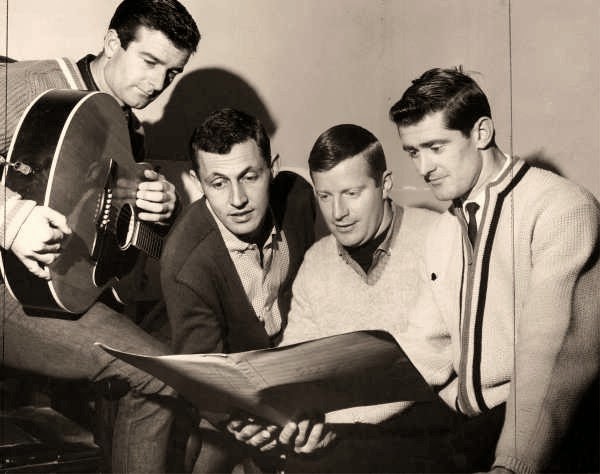 In 1961 recorded for the independent australian record label W&G Records owened by A.E. White and J. D. Gillespie the sides_John Henry(He's Got A Mighty Note)/Two Brothers. 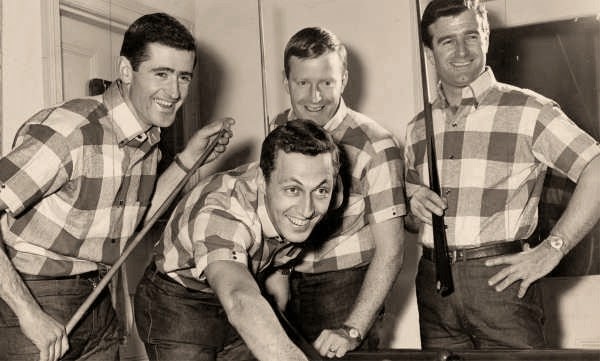 They were regulars on the Graham Kennedy's TV show"In Melbourne Tonight" and also were the vocal group of the Channel 9 ShowTV.

Posted by Whitedoowopcollector at 12:48 PM