THE RAINDROPS_I Remember In the Still Of The Night 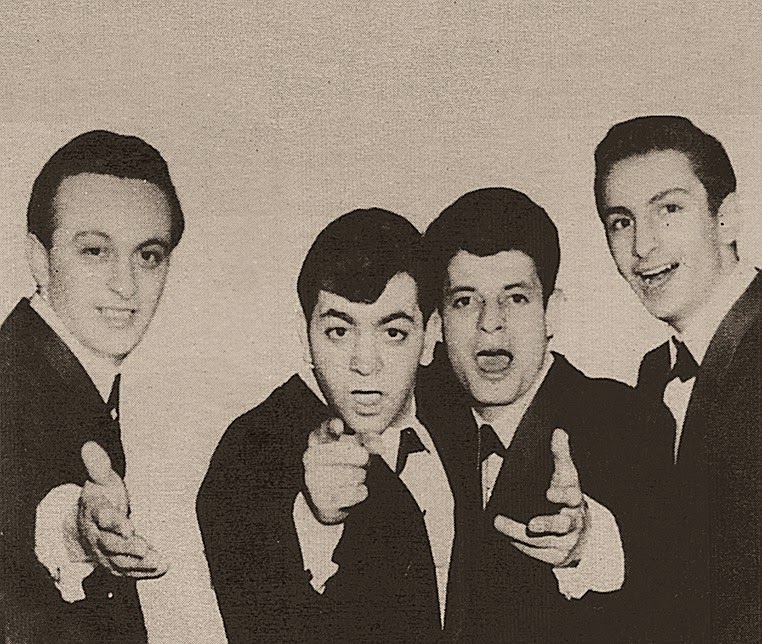 In 1960 Pat Zito,Joe Nunez and Lou and Jimmy Benvento from the Williamsburgh section of Brooklyn started to singing in the street corners with friends as Eugene Pitt and his  Jive Five.

With the help of a friend, Sam Hawkins (of “King Of Fools” fame) auditioned for Goldie Goldmark vice president of Imperial Records. They singing an original song_The Sweetheart Song. But in this time they need a name, first choose The Teardrops but rejected soon and one day they see rain, Joe Quickly suggested their new name, The Raindrops.

Finally Imperial signed the group and bandleader and arranger, Leroy Kirkland, send the guys to the Belltone studios where recorded four sides. The label released in 1961 their own song_Sweetheart Song. With an uptempo rendition de the classic Five Satins tune_In The Still Of The Night. Without any success the group soon broke up.The group have unreleased sides as_Jingle bell Stomp released in 1989 on Avenue D Records.

Joe Nunez decide continue in the music bussines and form another vocal group The Jumpin’ Tones (see in this blog). 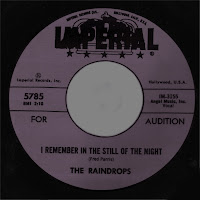 Posted by Whitedoowopcollector at 12:30 AM