Above rare and small picture of The Silvertones with  female singer Lin Ken. 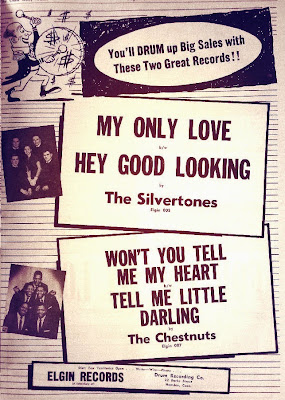 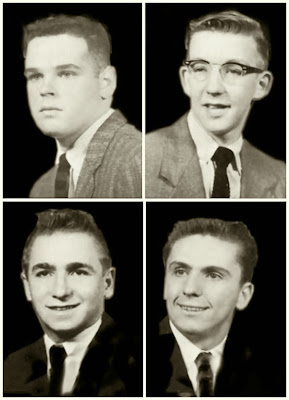 In 1959 signed with Drum subsidiary label Elgin Records owened by Clarence Drum and recorded_My Only Love / Hey Good Looking ( Cool uptempo version of the Hank Williams smash ) in these recording were add Lin Ken and Bod Distasio. The A side was released as The Silvertones featuring Lin- Ken.

Posted by Whitedoowopcollector at 4:58 AM